BRCA1 and BRCA2 mutations are common in people of Eastern European (Ashkenazi) Jewish descent. About 2% of all Ashkenazi Jewish people will test positive for one of three common mutations in these genes. Genetic testing for Jewish people sometimes focuses on only the three most common mutations. For Jewish women with breast cancer, little is known about their chance of carrying a different hereditary mutation that may increase risk. This study looked at expanded genetic testing in Jewish women diagnosed with breast cancer to learn how often they carried mutations other than the three most common BRCA gene mutations found in Ashkenazi Jewish people. (09/13/17) 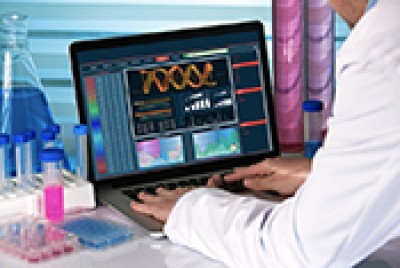 Study sheds light on the ‘other’ breast cancer genes

A is a mutation that is common in people who come from a distinct population. In the population, three founder mutations, two in and one in have been identified. women who carry one of these mutations are at much greater risk of being diagnosed with breast and/or ovarian cancer than Ashkenazi women who do not carry a . Having this information can help guide women in their breast cancer treatment choices. But what about women diagnosed with breast cancer who test negative for the founder mutations?  What is the chance they may have inherited a unique mutation or a mutation in another breast cancer gene? How does knowing this additional genetic information affect their medical decisions and health outcomes?

Both men and women who carry a mutation have a significantly increased lifetime risk of several types of cancer. People of any race or ethnicity can test positive for a or mutation.  Between 1 in 400 and 1 in 800 people in the general U.S. population has an inherited mutation. That number increases to about 1 in 40 among people of Eastern European Jewish descent. However, many women who have been diagnosed with breast cancer test negative for the three founder mutations. In the past, when the cost of genetic testing was much higher, Jewish people with breast cancer sometimes might only undergo limited genetic testing looking only for the three most common founder mutations. Drs. Tom Walsh, Mary-Claire King, and colleagues published a study in JAMA-Oncology looking at mutations in known and suspected breast cancer genes among the New York Breast Cancer Study Participants. They wanted to know if these women would benefit from genetic sequencing of all breast cancer genes, including and , in addition to targeted testing for the Jewish founder mutations.

Researchers looked at and data collected from 1996-2000 from 1,007 participants in the New York Breast Cancer Study (NYBCS). All participants were women diagnosed with invasive breast cancer, and were not selected based on family history or age at diagnosis. Their had previously been studied for the three common Jewish mutations. In this new study, researchers used a panel test to identify unique mutations in , , and other genes known to increase breast cancer risk. They looked at results based on status, family history, and age at diagnosis.

The results of this study suggest that women who have been diagnosed with breast cancer and have tested negative for the three founder mutations should talk to their health care provider to see if they should consider genetic testing for other mutations in , as well as other breast cancer genes.  Share this study with your health care provider to see if additional genetic testing makes sense for you.

Study sheds light on the ‘other’ breast cancer genes