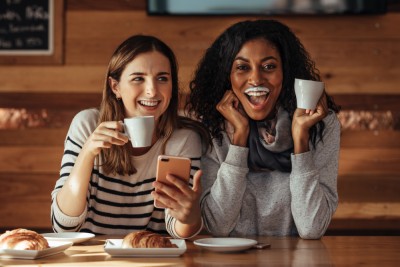 Scary headlines aside, drinking milk probably does not cause breast cancer

The Seventh-day Adventist Church promotes a healthy lifestyle. Most members do not smoke or use alcohol, and they are encouraged to eat a vegetarian diet. Almost 53,000 North American members enrolled in this study. They are unique in that they eat and drink a lot of soy products. While many also consume dairy products, they drink much less dairy milk than women in the general population.

After almost eight years of follow up, 1,057 cases of breast cancer were diagnosed among participants. The researchers used complex statistical tests to see if there was a link between the types and quantity of soy and dairy products consumed and breast cancer risk. The results showed:

Women who consume dairy or soy

The Seventh-day Adventist Church promotes a healthy lifestyle. Most members do not smoke or use alcohol, and they are encouraged to eat a vegetarian diet. Many also avoid caffeine. Adventists have varied diets. Two previous studies in California showed that a small percentage are total vegetarians; however, many are semi-vegetarian (eating meat less than once per week) or follow a lacto-ovo-vegetarian diet. About half of Adventists eat as much meat as the general population.

The Adventist Health Studies (AHS) are a series of long-term research projects at Loma Linda University that are designed to measure the link between lifestyle, diet, disease and mortality in Seventh-day Adventists. The Adventist Health Study-2 (AHS-2) began in 2002 with the goal of investigating the impact of selected foods that might change cancer risk.

Among women enrolled in ASH-2, almost 40 percent are strict about their diets (no meat, eggs or dairy) or lacto-ovo vegetarians (consume eggs and dairy). These women often consume soy as a source of protein, averaging up to 68 grams per day compared to about three grams per day for women in the general population. The ASH-2 group gets most of their dietary calcium (up to 80 percent) from non-dairy sources. Women in this group are novel due to their higher-than-average soy consumption.

Whether intake of soy milk, other soy products, dairy milk and other dairy products affect the risk of breast cancer.

The Adventist Health Study-2 (AHS-2) is a group of 52,795 female, North American (Canada and the U.S.) Seventh-day Adventists.

After almost 7.9 years of follow-up, 1,057 cases of breast cancer were identified among study participants. Of these:

When participants were analyzed as a single group, higher intake of total dairy or dairy milk (either full-fat or reduced-fat dairy milk) was correlated with increased breast cancer risk.

The major strength of this study was that it followed a large number of women (over 50,000) whose religion has rules about diet.

This study has major limitations including:

Media reports often claim certain foods can cause or cure cancer. These reports are often misleading and they increase confusion about how diet affects cancer risk. It is worth noting that most media articles covering this study only reported . The of drinking dairy milk and increased breast cancer risk in this study was scary— 50 to 80 percent! However, the increase was much smaller: between 1 to 2 percent. About 1 to 2 in 100 women who drank no milk at all developed breast cancer, compared to 3 to 4 in 100 women who drank a glass or two of milk per day.

The American Cancer Society recommendations on nutrition and physical activity for cancer prevention include:

Other experts, including the following, also provide guidelines for nutrition and health:

Scary headlines aside, drinking milk probably does not cause breast cancer

Drinking dairy ups your risk of this cancer by 80 percent, study finds

The Washington Post:  Scary headlines aside, drinking milk probably does not cause breast cancer
Rating: 5.0 Stars