While some of the genes that cause hereditary breast cancer are known (for example, inherited mutations in genes like BRCA, ATM and PALB2), others remain unidentified. Two studies found 72 DNA changes (also known as “variants” or “SNPs”) that affect breast cancer risk. These variants are different from mutations in genes that dramatically increase cancer risk. Most of these new variants are located outside of the portion of DNA that is used to make proteins. Further research is needed on these new variants before they can be used by doctors to help people understand and manage their risk for cancer. (1/12/18) 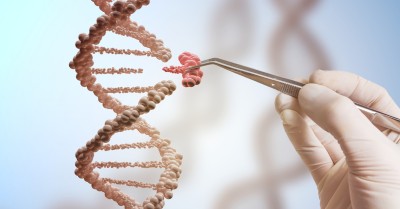 These studies are about:

Why are these studies important?

Mutations are changes in the  of genes that cause the gene to stop working normally. Inherited mutations in certain genes (e.g. , , , and others) greatly increase the risk for cancer, and can cause cancer to run in families. These mutations explain only a fraction of all inherited breast cancers.

In contrast, these two reports are about a different type of change known as a (or ). A is a common variation in a single base-pair of . There are roughly 10 million SNPs in the human genome. Most commonly, SNPs are found in the portion of between genes. Scientists do not completely understand how SNPs affect gene function. Scientists believe that these gene variations can have small effects on the risk for some diseases such as cancer.

Dr. Elizabeth Swisher, Professor, Department of Ob/Gyn, and Director, Division of Gynecologic Oncology at the University of Washington, and member of FORCE’s Scientific Advisory Board cautioned, “At the present time, these studies do not lead to any changes in recommendations for screening or prevention of breast cancer in women with or without or other inherited breast cancer predisposing mutations.”

It is important to note that although these new SNPs are associated with increased breast cancer risk, they do not directly cause the disease like mutations in known breast cancer genes such as , , , , and others. Instead, these SNPs are "tagging along" with some other factor that may be increasing breast cancer risk. They are like the edge pieces of a puzzle, but other pieces are still missing. Additional research is need to find the remaining pieces of the genetic puzzle. Only then can they connect them to other information or analyze them in new ways. With a better understanding of how these SNPs contribute to breast cancer risk, experts may use that information to more accurately predict a person’s risk.

Dr. Otis Brawley, chief medical officer of the American Cancer Society, who was not involved in the research but interviewed by CNN, described the new research as "not earth-shattering." It is "most important for us nerds," he said, but less so for the general public.

An expert in cancer genetics, such as a genetic counselor, can help you understand your personal breast cancer risk.

Scientists sometimes try to identify common variations called single nucleotide polymorphisms (SNPs) in the human genome that maybe associated with a particular disease.  These genome-wide association studies (GWAS) are conducted in two groups:  people with the disease being studied (e.g. breast cancer) and similar people without the disease. from participants in each group is scanned on automated laboratory machines and the from the two groups are compared for differences. If certain SNPs are found to be significantly more frequent in people with the disease compared to people without the disease, the SNPs are said to be "associated" with the disease. Newly identified SNPs can serve as pointers to a region of the human genome where disease-causing problems in the may reside.

Much of our does not actually get transcribed into proteins. Because these GWAS studies look at SNPs scattered throughout the human genome– most outside of the actual portion of the that codes for proteins – the SNPS identified through GWAS studies rarely provide clear answers about how they contribute to disease development. Although GWAS studies have provided clues for several different diseases, they do not always lead to changes in how patients are managed.

If they could identify common genetic changes that influence breast cancer risk.

The study published in Nature compared genome data from more than 100,000 breast cancer patients and a similar number of cancer-free controls.

The Nature report identified 65 new genetic SNPs associated with increased breast cancer risk, while the Nature Genetics report identified 10 new SNPs (3 of which overlapped with the 65) associated with increased risk of ER-negative disease. These 72 new SNPs were most commonly located in non-coding regions of the genome which are outside of or away from coding regions which contain genes.  Many of these SNPs likely regulate (turn on or off) genes, although how they do this is currently unknown.

The amount of increased risk caused by each individual is uncertain. However, because they are common and their impacts multiply together, the collective effect may be considerable. For instance, the researchers predicted that the breast cancer risk among women who carry many of these SNPs—1% of women studied—is more than 3 times greater than the rest of the population.

These studies were conducted with women who were primarily of European ancestry and it is likely that SNPs associated with breast cancer that are common in non-European populations were missed. To find these, similar studies in Africans, African Americans, Latinas, Chinese and other populations are ongoing.

It is possible that patterns in the inheritance of these SNPs may help us to understand why some women are predisposed to breast cancer. Researchers hope that identifying these SNPs may lead to a better understanding of specific genes and mechanisms that are involved in the development of breast cancer. The biggest problem in taking advantage of GWAS information is our limited understanding of why and how these common variations in the human genome might increase breast cancer risk. These changes in sequence are not mutations found in coding regions of genes. It will take time and effort to understand exactly how they contribute to disease risk as well as the best way to manage these increased risks.

At the time of this review, this research does not change expert recommendations for risk assessment and risk management for breast cancer. Researchers will now work toward using these SNPs and other factors to better predict breast cancer risk. With additional research, it may be possible to use the SNPs identified in these studies to categorize more women into groups based on their breast cancer risk. If successful, these could be incorporated into tests that would allow women with increased risks to receive screening and prevention that is tailored to their personal risk.