Study: Women who exercise have lower breast cancer risk whether or not they have a family history of breast cancer 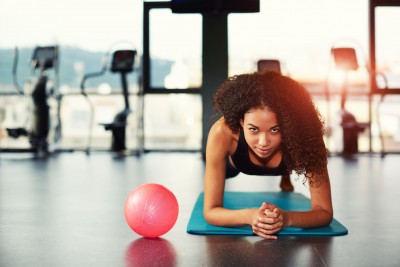 This article is most relevant for Young, high risk women

Whether physical activity is linked to lower breast cancer risk in women with a family history of breast cancer.

A few studies have looked at exercise in women with and mutations—most were small, studies that grouped women with and mutations. The large Sisters Study reported a 23% reduction in breast cancer risk for women who exercised 7 or more hours per week compared to those who exercised less than 1 hour per week. Among the participants, who were mostly postmenopausal, no association with family history was made.

Do these results hold up for women who are premenopausal and who have a family history of cancer?

Whether physical activity is linked to lower breast cancer risk in women with a family history of breast cancer.

The participants in this study were from the Family Study Cohort (ProF-SC), an international group of women from the U.S., Canada, Australia and New Zealand, many of whom had a strong family history of breast cancer. This cohort was a combination of participants from six different study groups, as well as the Breast Cancer Family Registry (BCFR) and the Katherine Cuningham Foundation Consortium for Research (kConFab).

Participating women were enrolled before June 30, 2011 and had at least 2 months of follow-up, were 18 to 79 years old, had not had cancer or a mastectomy at the time of enrollment, and had sufficient family history reported to calculate familial risk scores.

At enrollment, each woman was asked about her demographic information, education, height, weight, menstrual and reproductive history, lifestyle factors including exercise, and personal and family history of cancer. Participants self-reported recreational physical activity by questionnaire. They were asked about moderate (e.g., brisk walking) and strenuous (e.g., running) exercise per week the prior 3 years and during their adolescence.

Exercise physiologists use metabolic equivalents to estimate how many calories are burned during physical activity. To quantify different types and amounts of physical activity, activity was counted as total metabolic equivalents (METs) per week: 1 hour of moderate exercise counted for 4 METs, while 1 hour of strenuous exercise counted for 7 METs. Participants were grouped into 5 groups or quintiles depending on the amount of regular exercise they reported:

Participants were asked about breast cancer for up to 20 years after enrollment. Self-reported breast cancer was confirmed by pathology reports for 81% of participants. The time in person-years was calculated from enrollment until breast cancer diagnosis, risk-reducing mastectomy, 80 years of age, departure from the study or death.

Researchers were concerned that they might underestimate the effect of exercise during adolescence on or carriers because they are often diagnosed at a younger age, and women who were not diagnosed at enrollment may have been less susceptible. A group of 7,905 women who were diagnosed 5 years prior to the study were evaluated for their exercise levels compared to the main group of participants for analysis of adolescent exercise on breast cancer risk. This additional group of women included with 368 carriers and 336 carriers.

One strength of this study is the large number of participants. It is the first study to look at the impact of physical activity separately in women with or mutations and to separately address moderate and strenuous activity levels.

One limitation of this study is that physical activity was self-reported and could be inaccurate.  Some responses required recollection of past events (for example, exercise frequency during participants’ teen years) that may not have been accurately remembered. However, the same amount of inaccuracy is expected among all participants and is not expected to differ among women who later report breast cancer compared to those who do not.

Another limitation is that the level of physical activity was only determined at the time of enrollment. Any changes in the amount of physical activity/exercise that occurred after enrollment but before breast cancer diagnosis (or other endpoint of participation) did not factor into the analysis.

Exercise has many benefits, including improved cardiovascular health. Recreational physical activity lowers breast cancer risk regardless of a woman’s family history of breast cancer. Even if you were inactive as an adolescent, regular modest exercise as an adult may be beneficial in reducing your breast cancer risk.

Clinical trials testing exercise interventions in adult mutation carriers would help to clarify whether exercise activity that was correlated with fewer breast cancer cases is directly responsible for the observed reduction in breast cancer risk.