Study: Early research on a drug to prevent breast cancer

Many researchers are interested in non-surgical options to reduce the higher-than-average risk of developing breast cancer in BRCA mutation carriers. This research study identified a type of drug, called a “RANK ligand inhibitor,” that may prevent breast cancer. Among mice that were genetically engineered to have no BRCA1 genes, those that were given the drug developed tumors less frequently than those that did not. While this is an exciting early study for BRCA mutation carriers, more work and human clinical trials need to be done before this can be used as a prevention therapy in humans. (7/12/16) 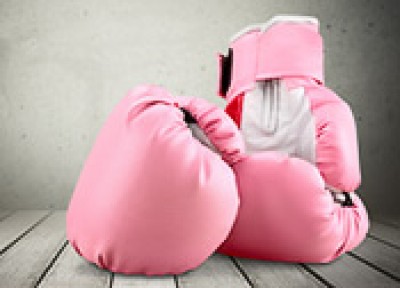 This article is most relevant for Women with a BRCA1 mutation

Women who carry a mutation have an approximately 65% risk of developing breast cancer by the time they are 70 years old, and they often develop more aggressive tumors at an earlier age than women who do not have mutations. To lower their breast cancer risk, carriers can opt to undergo prophylactic mastectomy or take risk-reducing medications such as tamoxifen or raloxifene.  However, no current medication reduces breast cancer risk as much as surgery.

This interesting early work suggests drugs that inhibit RANK ligand might prevent breast cancer in carriers. However, more work needs to be done before inhibiting RANK ligand becomes an established method of prevention—drugs that work well in mice don’t necessarily work well for humans. Mice can be used to model a human disease, but differences between the species means that drugs that work in one do not always work in the other.

Some media outlets called the RANK ligand inhibitor drug the ‘holy grail’ of breast cancer prevention for mutation carriers. But these headlines are misleading and inaccurate because this study was only done in mice and cells grown in the lab. Clinical trials need to determine whether this drug works for humans. mutation carriers should talk to their health care providers to determine which method of breast cancer risk reduction they are most comfortable with.

Women with a BRCA1 mutation

mutation carriers are predisposed to developing breast cancer that is more aggressive and occurs earlier than breast cancer in the general population. Women with mutations are counseled to undergo one or more risk management strategies, such increased screening, which does not prevent cancer but can catch it at an earlier stage; risk-reducing medication; and/or risk-reducing surgeries.  While these strategies have helped many women reduce their risk of cancer, there is still a need for better nonsurgical means of cancer prevention in mutation carriers.

Researchers of this current study explored the use of a type of drug known as a RANK ligand inhibitor for breast cancer prevention in mutation carriers. Emma Nolan and her colleagues at the Walter and Eliza Hall Institute of Medical Research and other institutions published research in Nature Medicine that explores what happens when RANK ligand is inhibited.

Can inhibiting RANK ligand be used as a method for breast cancer prevention in mutation carriers?

This research used a number of different laboratory models of breast cancer.

While the results are interesting, this is primarily a mouse study with some data in human cells to back it up. More work needs to be done to translate these findings to the clinic, particularly clinical trials to show that the drug is safe for long-term use and effective in preventing breast cancer. Additionally, the mice used in the experiment with the RANK ligand inhibitor were genetically engineered to have no genes. This is different than humans with mutations, who start off with one good copy of (out of the two that they inherited from their parents).

The results of this study suggest that inhibiting RANK ligand may help prevent breast cancer in mice with mutations. More work needs to be done before this can be used as a breast cancer prevention therapy in mutation carriers.  FORCE agrees with the Health News Review critique that media reports using the term “holy grail” to describe this early study were misleading. However, this is still an important first step towards developing a new option for mutations carriers who wish to delay or avoid risk-reducing surgery.

For now, women who are interested in new risk-reducing measures that do not involve surgery should talk to their heath care provider about participating in clinical trials for breast cancer prevention in high-risk women or use our research database to find clinical research studies that are enrolling people affected by .