A new study shows that among Nigerian women, one in eight cases of breast cancer is due to an inherited mutation in BRCA1, BRCA2, PALB2 or TP53. (12/5/18) 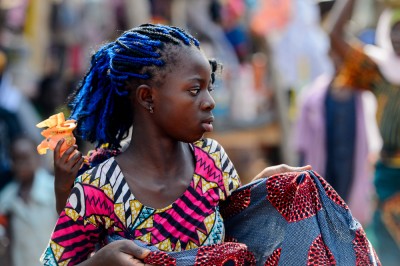 Determining the amount of breast cancer due to inherited mutations among Nigerian women.

Identifying Nigerian women who have an especially high risk of breast cancer due to an inherited mutation would help to focus the limited Nigerian screening resources on them.

I am a Nigerian woman (or of Nigerian decent). Do I meet criteria for genetic counseling and testing for , or other high-risk cancer genes?

If I do not meet criteria for genetic testing for high-risk cancer genes, what are the risks and benefits of genetic counseling and testing for me?

Nigerian women or women of Nigerian descent who have breast cancer

Identification of women who are at particularly high risk of breast cancer would better target use of limited Nigerian breast cancer screening resources.

3. What is the increased risk associated with inherited mutations in known breast cancer genes in this population?

Although some participants were age 70 and older, most ranged in age from 30-59 years.  Most did not have or did not know if they had a family history of breast cancer.  Most cases were diagnosed with breast cancer ( III: 241; IV: 256; unknown: 559).  Among the patients, 133 had () and 157 did not; 846 patients did not know the hormone receptor status of their breast cancer.

The primary limitation of this study was that tumor and ER/PR status was only available for a small number of participants.  This hindered the ability to document the high prevalence of in the study population. This is most likely due to the resource-limited setting of Nigeria.