The Bahamas has the highest known frequency of BRCA mutations among people diagnosed with breast cancer. This study reviewed whether population-based BRCA testing (testing everyone regardless of family or personal history of cancer) would be an effective approach for finding mutation carriers in the Bahamas. (3/4/19) 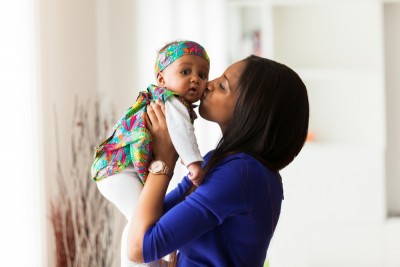 This article is most relevant for Bahamanian women

Why are so many Bahamian women getting breast cancer?

Whether population-based testing (testing everyone regardless of family or personal history of cancer) would be an effective approach for finding mutation carriers in the Bahamas.

Over 1,800 unaffected Bahamian women underwent genetic testing. Of these:

This study suggests that in addition to testing women diagnosed with cancer, all Bahamian women with a family history of breast or ovarian cancer should also be offered genetic testing. If you are a woman from the Bahamas with a family or personal history of breast or ovarian cancer, you should speak with your doctor about genetic testing for a or mutation.

The Bahamas has the highest prevalence of mutations among breast cancer patients.  In one study, one of the six founder mutations was identified in 49 (23%) of 214 unselected Bahamian breast cancer patients. In a follow-up to this study, researchers conducted full sequencing for and for the 156 patients who did not have a known founder mutation. Four of these patients were found to have a novel in BRCA2; five other unique mutations in and were also identified. In total, mutations were discovered in 58 of the 214 patients (27%). This prevalence far exceeds that of any other population.

In comparison, the reported prevalence in women is between 1% and 2% , with three known founder mutations accounting for the majority of mutations in this population. NCCN guidelines recommend testing for unselected Jewish women who have a personal history of breast cancer.  Many genetics experts believe that the high prevalence of mutations in Jewish women and the ability to test for specific founder mutations makes population-based screening cost effective. (It is important to note that not all women with a mutation have a family history of breast and/or ovarian cancer.  This is especially true for women with a limited number of female relatives.)

If they could generate evidence to help inform an effective testing policy for Bahamian women.

These researchers screened a large sample of Bahamian women with no personal history of breast or ovarian cancer. These included both women with and women without a family history of cancer.

Personal and family histories of cancer were collected during pre-test genetic counseling.

A total of 1,921 unaffected Bahamian women provided a saliva sample from which was isolated.  Of these women, 44 were not screened for one of the seven founder mutations due to low quality DNA; 30 other participants were excluded because their family cancer history was unknown.

In this study, 2.8% of women with a first- or second- degree relative with breast or ovarian cancer had a Bahamian .

The patients in this study-mostly were employees of a large resort-were self-selected and did not represent a random sample. Participants were asked about their Bahamian ancestry, however, this information was not verified. Finally, testing in this study was limited to the seven Bahamian founder mutations; participants may have had other deleterious mutations.

The results of this study support a policy to extend genetic testing for the seven Bahamian and founder mutations to all Bahamian women with a family history of breast or ovarian cancer.

It is important to note that unaffected Bahamian women without a family history of breast or ovarian cancer rarely have a mutation (0.09% in this study). It is unclear why the prevalence of mutations in unselected breast cancer patients would be so high compared to a relatively low prevalence in the general population.

Why are so many Bahamian women getting breast cancer?

EyeWitness News: Why are so many Bahamian women getting breast cancer?
Rating: 3.5 Stars

The article incorporates the personal story of a BRCA carrier and her journey.