A large study showed that birth control pills may protect against endometrial and ovarian cancers, even years after use was discontinued. (posted 6/1/21) 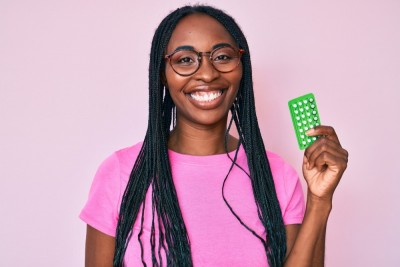 This article is most relevant for People concerned about endometrial, ovarian or breast cancer risk

More than 14% of women in the US ages 15 to 49 use oral contraceptives (also known as birth control pills) to prevent pregnancy. These medicines can alter cancer risk in women. They have been reported to reduce the risk of endometrial and ovarian cancers, however some data has reported an increased the risk for breast cancer. It is not known how long-term use affects a woman’s risk for these cancers and how cancer risk is affected when a woman stops using birth control pills.

This study investigates the duration of oral contraceptive use and its impact on lifetime cancer risk.

Researchers examined data from more than 256,000 women in the United Kingdom who were born between 1939 and 1970. Data was collected between 2006 and 2010 when the participating women were ages 36 to 71. The data included extensive information on participants’ medical histories, including their use and duration of oral contraceptives and any diagnosis or death related to endometrial, ovarian or breast cancer.

Based on these findings, the use of oral contraceptives was found to be protective against endometrial and ovarian cancers and did not increase the overall risk for breast cancer.

It is important to know your health risks that are associated with the use of these medications. You may want to consult with your doctor about how oral contraceptive use may alter your cancer risks based on your personal and family risk for cancer.

Research has suggested that oral contraceptives alter the risks of breast, endometrial and ovarian cancer.

Research showing that oral contraceptive use impacts endometrial and ovarian cancer has been more consistent, indicating that birth control pills lower a woman’s risk for these cancers.

However, it is unknown how varying durations of oral contraceptive use impact such cancer risks and how cancer risk is affected when women stop using these medications. It is also unclear whether these results apply to people from different racial or ethnic groups.

The researchers wanted to know:

Researchers examined the health data of more than 256,661 women in the United Kingdom who were born between 1939 and 1970. Data was collected between 2006 and 2010 when the participating women were ages 36 to 71. The data included extensive information on the participants’ medical histories, including the use and duration of oral contraceptives and any diagnosis or death that was related to endometrial, ovarian or breast cancer. However, this study lacked information on racial and ethnic diversity.

Finally, the researchers observed the risk of cancer after discontinuation among women who had ever used oral contraceptives.

Share your thoughts on this XRAY review by taking our brief survey.
posted 6/1/21