Study: Does prior antidepressant use affect the treatment breast cancer patients receive?

Previous research found an association between depression and survival in breast cancer patients, but the reasons for this association are unclear. Researchers in this study found that women who had been previously prescribed antidepressants were less likely to receive breast cancer treatment that followed national guidelines than those who had not. Although the difference was small, it underscores the need for patients to discuss any history of depression with their health care providers. (1/24/17) 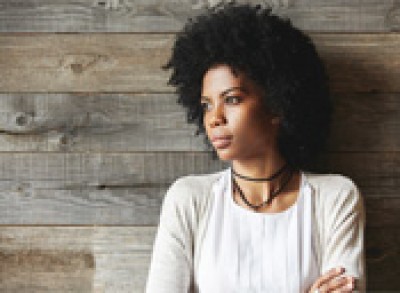 The same article was also covered by Fox News.

To identify groups of patients who may not be getting standard of care treatment that improves their chances of surviving breast cancer.

This study suggests that women who had breast cancer diagnoses and previous treatment for depression were more likely have cancer treatments that did not adhere to national guidelines and also have worse overall survival. A serious limitation of the study is that it could not address why these treatments did not follow national guidelines. While more work needs to be done to understand why this may be occurring, all breast cancer patients should feel comfortable asking their health care providers about their treatments, so that they can understand the reasons for the treatment and any other available options. Oncologists recommend breast cancer treatment based on many different pieces of information, including cancer , subtype of breast cancer (e.g. , , , etc.), and sometimes the results of prognostic tests or testing for inherited mutations in or other genes that increase cancer risk. In the United States, the National Comprehensive Cancer Network publishes versions of the national breast cancer treatment guidelines to help patients understand the current standard of care treatments and facilitate shared decision making with their physicians.

This is an interesting study that generates ideas for further research, but it should not cause alarm for patients who face both depression and cancer. People who are being actively treated for depression at the time of a cancer diagnosis or who have a history of depression should let their oncologists and other health care providers know so that their physicians can provide appropriate care or referrals. Everyone should inform their health care provider of all medications and supplements they are taking.

Women diagnosed with breast cancer who have received antidepressants

Previous studies found an association between depression and survival after breast cancer, with people who have a history of depression experiencing worse rates of survival than those who do not. Nis Suppli and colleagues from the Danish Cancer Society Research Center published work in the Journal of Clinical Oncology in January 2017 to try to understand this association.

This study included 45,325 women from Denmark who were diagnosed with breast cancer between April 1998 through December 2011: 6,068 (13%) of the women had previously used antidepressants. Women with a previous cancer diagnosis or other major psychiatric disorders were excluded. The study authors used national cancer treatment guidelines and clinical data from the Danish Breast Cancer Group. Information on which women had been prescribed antidepressants was retrieved from the Danish Psychiatric Central Research Register.

Because the researchers used existing data from registries and did not collect it themselves, they were unable to differentiate between women who had undiagnosed or untreated depression and those who had depression but only had psychotherapy without antidepressants. (The registry information was collected over a 13½-year period during which treatment for both breast cancer and depression has evolved.) Nor did researchers take into account lifestyle factors such as alcohol use, smoking, and access to care. Another problem was the use of antidepressant prescriptions as a measure of the women with depression—this number could include patients who didn’t necessarily have depression, as antidepressants are often prescribed to treat anxiety, pain and other conditions; the number may have also missed people with depression who chose to treat it with other methods. Finally, because of the study design, researchers were unable to understand why treatment for patients who had been prescribed antidepressants was less likely to follow recommended national guidelines. Several reasons are possible, including patient preference, health care providers not offering guideline-based treatments, patients may not have been compliant, or a combination of these and/or other reasons.

It is also important to note that this study was conducted in the Danish health care system and does not necessarily reflect what is happening in the United States.

The following studies on the emotional effects of cancer are enrolling patients:

The following organizations have resources related to mental and emotional health after a cancer diagnosis.

The same article was also covered by Fox News.

Depression may contribute to receipt of inappropriate breast cancer treatment