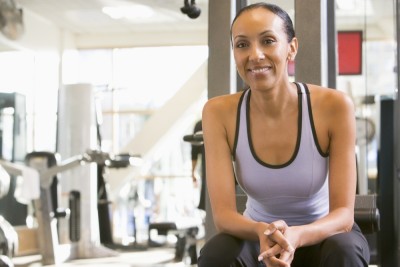 Elizabeth Salerno, PhD, on Exercise and Cognition in Patients with Breast Cancer

This study is about how physical activity before and during chemotherapy may prevent the treatment-related decline of information processing ( decline) in women with breast cancer.

Approximately 75 percent of patients with breast cancer report problems during chemotherapy. Research suggests that this decline may continue for years after treatment has been completed.

Physical activity has been linked with improved health outcomes in cancer survivors. Patients with different types of cancer who engage in physical activity after treatment experience less severe chemotherapy-related decline than those who do not.

This study looked at whether physical activity around the time of chemotherapy offered protection against treatment-related decline in breast cancer patients. Specifically, researchers looked at the impact of moderate-to-vigorous physical activity, such as household work, jogging and cycling, on cognition.

The study included 580 women who received chemotherapy for newly diagnosed stages 1-IIIC breast cancer. Patients’ physical activity and function were compared within the group of patients and to cancer-free women of similar age.

Physical activity and the cognition of participants were assessed three times during the study: the week before chemotherapy treatment and at one month and six months after their last chemotherapy session.

Participants self-reported the estimated intensity and minutes per week of their physical activity. function was determined by tests that measured attention span, visual memory and complaints.

Among women who received chemotherapy for breast cancer, findings showed that:

When comparing patients with cancer-free women:

Research suggests that at least 150 minutes per week—or 30 minutes a day, 5 days per week—of moderate-to-vigorous physical activity (e.g., household work, jogging, cycling, etc.) may help reduce chemotherapy-related decline. If you are about to begin or have already started chemotherapy treatment for breast cancer, it may be important to speak with your doctor about the benefits of moderate-to-vigorous physical activity to improve chemotherapy outcomes and your overall quality of life.

Salerno E, Culakova E, Kleckner A, et al. Physical activity patterns and relationships with function in patients with breast cancer before, during, and after chemotherapy in a , nationwide study. Journal of Clinical Oncology. 2021;39(29):3283-3292. Published online August 18, 2021.

People concerned about the impact of chemotherapy

Over 75 percent of breast cancer patients report problems during chemotherapy treatment that for some may persist for years. Previous research looked at how chemotherapy impacts cognition in patients with breast cancer compared with individuals without cancer. Findings showed that a patient’s function declined on tests that measured attention and visual memory from the beginning to the end of treatment compared to cancer-free people. Compared to cancer-free individuals, patients were also more likely to report complaints, such as troubles with recall and sustaining attention over time.

Researchers wanted to know if increased physical activity before, during or after chemotherapy improved function in patients.

This study included 580 women (average age of 53) who were receiving chemotherapy for early- to breast cancer (stages I to IIIC) and 363 cancer-free, age-matched women. Participants were recruited from 22 locations by the National Cancer Institution Community Oncology Research Program.

Participants filled out questionnaires about their physical activity and function at three intervals: seven days before chemotherapy treatment and within one month and six months after their last chemotherapy treatment. function was also separately determined by scores on tests that measured attention span and visual recall.

Among women who received chemotherapy for breast cancer, findings showed that:

When comparing patients with cancer-free women of similar age, study findings showed that:

Previous studies show that chemotherapy may induce decline in breast cancer patients. Engaging in moderate physical activity has been shown to increase the quality of life in people receiving chemotherapy.

This study adds additional data, showing that moderate-to-vigorous levels of physical activity before and during chemotherapy may reduce treatment-related decline.

Share your thoughts on this XRAY review by taking our brief survey.
posted 1/6/22

The following are studies focused on exercise for people diagnosed with breast cancer.

Elizabeth Salerno, PhD, on Exercise and Cognition in Patients with Breast Cancer