The phase III MONALEESA-7 study is a clinical trial looking at the effect of a type of treatment known as a CDK4/6 inhibitor in pre- or perimenopausal women with hormone receptor–positive advanced breast cancer. (7/22/19) 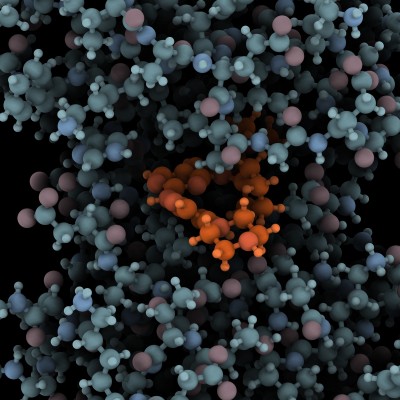 This article is most relevant for People with metastatic, hormone-positive, Her2-negative breast cancer

Whether adding a drug known as a CDK4/6 kinase inhibitor (a drug that stops cancer cells from multiplying) added to hormonal therapy improves survival in young women with metastatic, hormone positive breast cancer.

This is the first large clinical trial to look exclusively at the effect of a CDK4/6 inhibitor on overall survival in pre- or perimenopausal women with metastatic, Her2-negative, hormone receptor-positive breast cancer. This report follows up earlier results indicating that a CDK4/6 inhibitor lengthened progression free survival.

The primary endpoint of this trial was progression-free survival (PFS). Results were reported in 2018.

The secondary endpoint, overall survival, was reported at the 2019 American Society of Clinical Oncology Meeting.

The most common adverse event reported in both groups was a low white blood cell count, also known as neutropenia.

This is the first study to show that ribociclib plus hormone therapy improved overall survival compared with placebo plus hormonal therapy in premenopausal women with ER/PR-positive, HER2-negative advanced breast cancer. This study confirms that there is benefit for this drug combination in these patients.

Note: On 09/13/19 the FDA issued a safety alert that Ibrance (palbociclib), Kisqali (ribociclib), and Verzenio (abemaciclib) may cause a rare but severe inflammation of the lungs.

Ribociclib was approved in 2017 by the US Food and Drug Administration for use in advanced hormone receptor-positive breast cancer in post-menopausal women and, in 2018, for similar use in premenopausal women on the basis the progression-free survival results from MONALEESA-7.

For women who have been diagnosed with advance, hormone positive breast cancer two of the preferred NCCN treatment regimens include a CDK4/6 inhibitor.

There are many additional clinical trials in the United States enrolling patients with metastatic breast cancer. To search for additional studies, you can visit FORCE's Research Study Search Tool, Clinicaltrials.gov, or Breastcancertrials.org.

In MONALEESA-2, ribociclib plus the aromatase inhibitor letrozole showed improved progression-free survival compared with letrozole alone as first-line treatment for postmenopausal patients with hormone receptor-positive, HER2-negative, advanced breast cancer. However, the impact on premenopausal women was not determined.

Building on the MONALEESA-2 results, the MONALEESA-7 trial aimed to assess the usefulness and safety of ribociclib plus endocrine therapy for premenopausal women with advanced, hormone receptor-positive, HER2-negative advanced breast cancer.

A total of 672 women who had pre- or perimenopausal advanced breast cancer before the age of 59 and who had only up to one prior line of chemotherapy and had not received endocrine therapy for metastatic disease were randomized to receive endocrine therapy with either ribociclib or placebo. The primary endpoint was progression free survival with a secondary endpoint of overall survival.

At the interim analysis point (median follow-up was 35 months), 35% of patients receiving ribociclib were still on the trial while only 17% of the patients who received a placebo remained. The predominant reason for ending treatment in both groups was disease progression.

Progression-free survival 2 (PFS2) time from when individuals were randomized to when they progressed to the next line of therapy or died differed between the two groups. Patients in the ribociclib group showed a 31% improvement in PFS2 compared to patients who received placebo.

Few data are available from large studies of targeted therapy for young women with breast cancer. Because ribociclib is four times more selective for the CDK4 enzyme than CDK6 enzyme, more research is needed to determine if the effect observed in this trial was due to ribociclib or if other CDK4/6 inhibitors would be as effective.

The results of the MONALEESA-7 trial show that there is substantial clinical benefit with ribociclib and endocrine therapy compared to endocrine therapy alone for young pre- or perimenopausal women with hormone receptor-positive, HER2-negative metastatic breast cancer.

FORCE XRAYS: The impact of palbociclib (Ibrance) on overall survival for metastatic breast cancer patients in the PALOMA-3 trial

METAvivor is a non-profit organization dedicated to increasing awareness of advanced breast cancer and equity in research and patient support.

Metastatic Breast Cancer Alliance aims to improve the lives and outcomes for those living with metastatic breast cancer and their families.

Metastatic Breast Cancer Network is a national, independent, nonprofit, all volunteer patient advocacy group dedicated to the unique concerns of the women and men living with metastatic breast cancer.