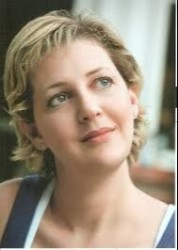 Lori Haber Buckfire was born in Brooklyn, New York. She grew up in Michigan and graduated from Arizona State University with a bachelor’s degree in Art. Lori lived in Los Angeles for ten years before returning to Michigan to start a family Lori was diagnosed with Stage IV ovarian cancer in May, 2005, eight weeks after giving birth to her son Hayden. This fund was created in the memory of Lori Haber Buckfire, who passed away from ovarian cancer at the age of 41.

Despite her long battle with cancer, Lori did not let her illness diminish her zest for life or her ability to live in the moment. She gave numerous speeches, raised money and awareness for the fight against cancer, and counseled many others who also were battling cancer. Lori rarely felt sorry for herself. Each struggle filled with pain and fear was answered by joy, hope, courage, and the will to make every good moment last.

Although Lori knew her long-term prognosis was not good, she approached life as any young mom would, taking the attention from herself to focus on her family and making sure her son, Hayden, was happy. She marked each of Hayden’s birthdays with a letter penned to him and spoke often of her hope to be able to take him by the hand to his first day of kindergarten. Sadly, Lori died six weeks before she was able to do so, in July 2010, at age 41.

Lori’s family has been deeply affected by BRCA related cancers. Lori’s father, Joel Haber, was diagnosed with a rare BRCA related melanoma cancer in May 2009, and learned the severity of his illness as he accompanied Lori on one of her many chemotherapy treatments. Joel passed away in April 2010, three months before his daughter. Lori’s aunt also passed away at the age of 30 from breast cancer.

The Lori Haber Buckfire Memorial Fund was created in 2017 by her loving Husband Daniel, and her beloved son Hayden. Lori was a truly amazing woman, passionate about children and helping others fighting the battle against cancer. This fund is established in her memory to promote ovarian cancer research and education, and BRCA gene awareness.