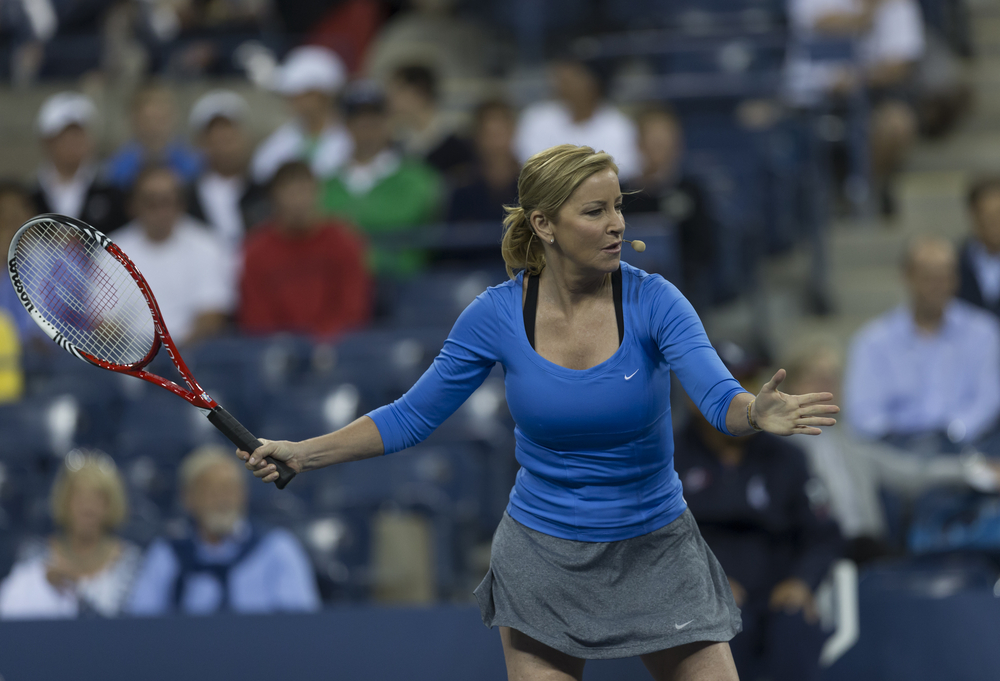 Tennis champion Chris Evert generously shared her family’s genetic testing story with the world last year, as Angelina Jolie did almost a decade before. Like Jolie’s story, Evert’s has the potential to change how the world views genetic testing.

Why? Because Chris Evert shared that her younger sister was diagnosed with ovarian cancer several years ago. Her sister had genetic testing and was found to carry a variant of uncertain significance (VUS) in BRCA1. Variants of uncertain significance are changes in the genetic code whose meaning is unknown. Many of these genetic changes are benign and not responsible for the cancers found in that person and/or family. But some of these variants are cancer-causing, known as pathogenic.

As variants are studied over time and laboratories collect more data, these variants can be reclassified. This means a VUS can be reclassified to benign or pathogenic. This reclassification can obviously have tremendous meaning for the patient and their family. This is what happened to Chris Evert’s family.

Chris Evert’s sister, sadly, died of ovarian cancer in 2020 at age 62. But after her death her genetic variant was reclassified and that information reached Chris Evert in November of 2021. Evert decided to have her ovaries and fallopian tubes removed preventively in December 2021. But, when her tissues were studied by pathology, it was determined that, in fact, Chris Evert already had ovarian cancer. Her ovarian cancer was Stage 1C, an early stage associated with a high rate of survival. Even after her death, Jeanne Evert Dubin’s variant reclassification very likely saved her sister Chris’ life.

But it is not just the variant reclassification that saved Chris Evert’s life. It is the fact that she received her sister’s VUS reclassification. You see, variant reclassifications are usually issued by the laboratory that performed the testing, and are faxed, emailed or sent to the physician who ordered the original testing. But what happens if that physician no longer sees the patient who had that testing? Or if that patient has died or moved away? Or if that physician has died, retired, or relocated? Do those potentially life-saving variants ever reach the patient, let alone their family members who need them?

It is abundantly clear that the genetic testing and precision medicine process must be a lifetime process. Patients need a pathway to receive variant reclassifications, and other critical information that changes over time - including medical management recommendations, new genetic testing products, clinical trial opportunities and the chance to contribute outcome data that can drive the field forward. This evolving information must be delivered not only to the clinician, but also directly to the patient and the patient’s designees (which may include family members, such as siblings, children and grandchildren) who may need this information someday. Digital tools can make these legacy notifications a reality and should be implemented by stakeholders in the genetic testing process.

Ellen T. Matloff, MS, CGC is a certified genetic counselor and the President and CEO of My Gene Counsel, a digital health company that provides scalable, updating genetic counseling solutions. Matloff founded the Yale Cancer Genetic Counseling program, served as its director and a faculty member at Yale School of Medicine for 18 years, and was an individual plaintiff in the SCOTUS BRCA gene patent case of 2013. She is an expert in responsible, scalable return of genetic test results for population studies, health care systems and precision medicine partners. Matloff serves as the Forbes.com contributor on genetic counseling, genetic testing and digital health.

Carol schneiderman says:
All women should be proactive about their health & Genetic makeup!!!