Skip to main content
Our blog features educational information and personal perspectives relevant to the hereditary cancer community.
Education > Our Blog > I Am a Two-Time Survivor of Breast Cancer Caused by a PALB2 Mutation
Categories
Advanced Search
Subscribe
Close 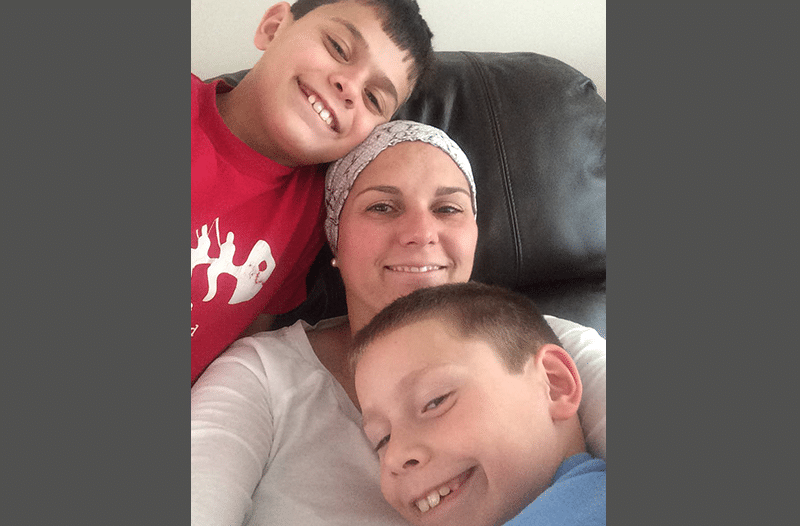 We know that in some families there can be a predisposition to certain diseases, be it heart disease, cancer, Alzheimer’s or something else. In my family, it’s breast cancer. I knew from a young age that breast cancer took the life of my paternal great-aunt, who was in her 40s when she died and left behind a young son. When I was in college, my paternal aunt was diagnosed with breast cancer in her late 30s. After digging a bit more into our family medical history, we found that not only did my paternal great-grandmother have breast cancer, but both her brother and sister had it, as well.

A genetic counselor ensured my own cancer was detected early

Given this information, I was proactive and started regular breast screenings in my late 20s. One of my doctors suspected that a mutation might be responsible for the cancer in my family and encouraged me to have genetic testing for mutations in the BRCA1 and BRCA2 genes. In 2013, I met with a genetic counselor and had my bloodwork taken for the test, which showed that I did not have a BRCA mutation. Although I was relieved, my genetic counselor urged me to continue with regular breast screenings, which included a yearly mammogram and an MRI spaced six months apart. I am eternally grateful for that counselor and the advice she gave me, because exactly one year later I was at that same hospital having a double mastectomy after receiving my own breast cancer diagnosis two weeks earlier.

Initially, my oncologist didn’t think I would need chemo, but after we received my Oncotype score, my healthcare team decided it would be best for me to have four rounds of A/C (Adriamycin/Cytoxan) chemotherapy. The night before my first round, I came across an article in The New York Times that explained how researchers found that mutations in the PALB2 gene increase the risk of breast cancer.

The next day, as I was meeting with my oncologist, I mentioned the article and asked if I could be further tested to include this gene. She agreed. I then had a full genetic panel test that showed I did, indeed, have a deleterious mutation in the PALB2 gene. I was relieved that we had finally determined the hereditary cause of my cancer, but I was frustrated to learn that data is limited regarding this mutation. I understand that researchers need to study patients, like me, to better understand how this mutation manifests in younger women, so I have been participating in research to improve care and outcomes for others who face a similar diagnosis.

Exactly two years after my initial diagnosis, I found a few lumps in my armpit and was diagnosed with a localized recurrence. I underwent axillary lymph node dissection to remove 14 lymph nodes on my affected side, 10 of which contained cancer. It was a devastating setback, but I knew that I had gone through treatment once and I could do it again. After the surgery, I had chemo and radiation and also had my ovaries and fallopian tubes prophylactically removed. I am thankful that there has been no evidence of disease since I completed treatment in 2016.

Discussing the issue with other family members

Recently, a first cousin reached out to me, as she shares the same family history and wanted to be genetically tested. Her insurance company would not pay for genetic panel testing unless she could prove that someone in the family had a mutation. I was happy to provide my results so that she could be tested (thankfully, she tested negative), but I felt discouraged that she had to go to such lengths for a simple test that could help her make informed decisions about her health.

Having gone through so many treatments for breast cancer, I learned a few valuable lessons along the way. I found that in order to make informed healthcare decisions, it is important to work in partnership with your healthcare providers, ask questions, conduct your own research from reputable, reliable sources (such as FORCE), trust your instincts and don’t be afraid to advocate for yourself—it just might save your life.