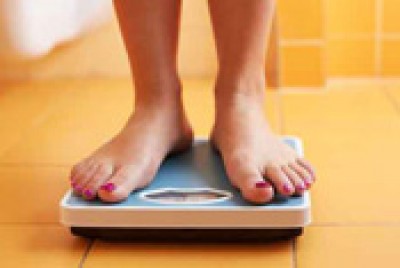 The weight change that is associated with being a breast cancer survivor with a family history of breast cancer.

This study shows that in women with a family history of cancer a breast cancer diagnosis and treatment is linked to weight gain. This study did not look at specific causes of, or ways to manage this weight gain. However, there are expert guidelines and programs available to help cancer survivors control their weight. Knowing your risk for weight gain after diagnosis and treatment may help you and your doctor create a plan for weight management after treatment.

Whether breast cancer survivors with a family history of breast cancer gain more weight after their diagnosis compared to previvors.

Population(s) used in the study:

The majority of the study population was white, which means that these findings might not apply to breast cancer survivors of other racial or ethnic backgrounds. Researchers also did not directly measure the women’s weights—they relied on self-reporting, which may not have been accurate.  Additionally, breast cancer survivors who did not have a family history of cancer were not included in the comparisons.

It is also important to note that the average overall weight gain in this study was approximately 3 pounds in breast cancer survivors. Currently we do not know whether gaining that amount increases risk of second primary cancer development or cancer recurrence. For comparison, a study done by Dr. Michelle Holmes’ research group found that women who gained between 0.5 and 2.0 kg/m2 (average weight gain of approximately 7 pounds) and women who gained more than 2.0 kg/m2 (average weight gain of approximately 20 pounds) had elevated risk of breast cancer death compared to women who maintained their weight.

In summary, there is an association between breast cancer and weight gain, and potential health problems are associated with weight gain. Researchers do not know the exact effect that gaining 3 pounds will have on breast cancer survivors. American Cancer Society guidelines say women should try to maintain their weight after a breast cancer diagnosis.

The following are studies focused on exercise for people diagnosed with breast cancer.