Metastatic breast cancer patients have unique needs for treatment and care. Connecting patients to appropriate support services and palliative care is an area of need in health care. A recent study reported improvement in metastatic breast cancer patient quality of life and wellness with an intervention program called the Supportive, Education and Advocacy (MBC-SEA) program. (8/21/19) 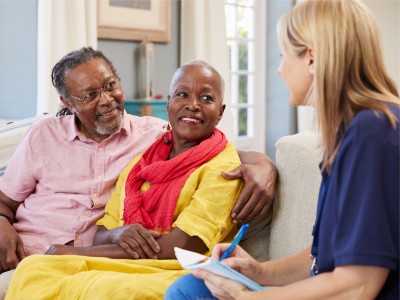 whether a program that provides supportive care to  breast cancer patients improves their quality of life and health care experience.

breast cancer patients are known to have unique care, treatment, symptom management, and emotional support needs. is an area of medicine focused on improving or preserving quality of life for people facing life-threatening illnesses such as cancer. specialists address a broad range of issues that can affect quality of life and wellbeing. These include pain and symptom management, emotional distress, and advanced care planning, to name a few. This is the first study to evaluate a supportive care program for breast cancer patients.

Data on 118 women with breast cancer were measured before and after the MBC-SEA program was started:

These results were statistically significant. The researchers concluded that support programs like the MBC-SEA can improve care and quality of life for breast cancer patients.

There is growing effort to meet the supportive care needs of cancer patients. If you are experiencing symptoms, side effects, emotional distress or other quality of life issues, ask your doctor for a referral to specialists.

breast cancer accounts for 6% of all breast cancer cases at diagnosis. Additionally, approximately 30% of women diagnosed at earlier stages will have breast cancer progress to or IV disease.

Women with breast cancer have unique needs compared to those with earlier stages of breast cancer. There are different treatments considerations, palliative concerns as well as distinct psychological, social, financial, and family issues. Primary care or nursing providers often lack time or overview needed to support all aspect of patient needs. There is a growing role for patient nurse navigators (PNN) who may be oncology nurses or social workers or community members who are versed in their field. Prior work has shown that PNNs have been beneficial in coordinating care for patients with other types of cancer or early stages of cancer. The usefulness of PNNs for patients with breast cancer has not been previously tested.

whether a program for supportive care for breast cancer patients improves the health care experience.

Participants were patients at a Western Pennsylvania cancer care facility. Chart reviews were done for all women who came through the clinic between August and October 2016, 3 months prior to start of the Breast Cancer - Support Education and Advocacy (MBC-SEA) program (186 women), and again 3 months after the program began February to April 2017 (196 women). Women whose charts were reviewed both before and after the MBC-SEA program began were included in the study (118 women). On average, the women in the study were 50-69 years of age, had MBC for 3 years, were receiving hormonal or targeted treatment, and were estrogen receptor-positive.

The MBC-SEA program was developed to connect breast cancer patients with existing supportive and educational services. A patient nurse navigator (PNN) performed weekly chart reviews for each patient to evaluate treatment status, symptoms, distress, social and financial needs, clinical trial eligibility and counseling needs. The PNN then coordinated supportive services with a collaborative group including practice nurses, nurses, social workers and the clinic team coordinated scheduling and sent clinical reminders for follow up. This allowed targeted, individualize care plans to be developed for each patient.

Data on 118 women with breast cancer were evaluated before and after the MBC-SEA program was started.

Clinical trial referrals did not increase.

This study has a number of limitations:

The researchers conclude that support intervention programs like the MBC-SEA can improve care and quality of life for breast cancer patients. Additional data on a larger group of patients in other regions would be useful to determine how generalizable these results are.

The National Comprehensive Cancer Network (NCCN) Practice Guidelines on Standards of include:

Patients, families or caregivers with any of the following conditions or situations should be referred for palliative care:

The following studies are looking at for people diagnosed with cancer.

The following organizations have resources related to palliative care, hospice and end-of-life decisions:

resources from other organizations:

Hospice and end-of-life resources from other organizations:

This is information that could be put into practice.