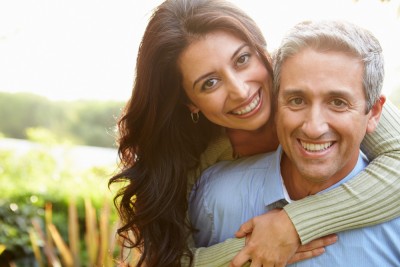 This study is about

Whether the known impact of romantic relationships—that they reduce inflammation—is because they affect stress levels. This study tests how three factors are linked: how satisfied women are with their partners, how stressed they feel and their level of inflammation.

Inflammation is associated with poorer outcomes in breast cancer survivors. Understanding what factors influence inflammation would allow development of ways to reduce inflammation.

Although not addressed in this study, women without partners may have other types of relationships that can help reduce stress. A support network may help you cope physically as well as emotionally with cancer treatment and recovery. XRAY reviewed a study that examined how support networks affect breast cancer outcomes. Relationships that satisfy you may be the key factor in maintaining your health.

You may want to consider strategies to reduce stress. Therapies such as meditation, mental health therapy, yoga and massage may help you to actively manage stress. Because stress affects overall health and inflammation, take time for self-care regularly.

Women with breast cancer who have romantic partners

Stress is associated with physical as well as emotional effects. Healthy people with elevated stress have increased levels of inflammation, seen as higher amounts of certain immune system components in the blood, e.g., C-reactive protein (CRP) or inflammatory cytokine proteins.

For people with breast cancer, inflammation is linked to poorer outcomes, including increased recurrence, increased rates of other diseases and earlier mortality. Prior studies showed that breast cancer patients with higher levels of stress have more inflammation that those with lower stress.

Stress may be a connector between relationship satisfaction and inflammation. People in less secure relationships have higher cortisol levels (a hormone that regulates stress responses) and poorer immune system function. Most previous studies focused on negative aspects of relationships, looking at the effect of  poor quality and hostile relationships on inflammation. In this study, researchers were interested to see whether positive, stable relationships benefit women with breast cancer.

The study participants were 139 women with breast cancer ( 0-3C) who were married or had a domestic partner. Average age was 55. Among participants, 85 percent were White, 7 percent were Black and 7 percent did not indicate their race.

These participants were enrolled in a larger study (209 women) on fatigue and immune function. Seventy of the women from the larger study were excluded because they were single, divorced or widowed. Women with a prior history of cancer other than skin cancer were also excluded, as were those with visual, hearing or problems that prevented completion of the study. Researchers enrolled participants in the study within three months of their breast cancer diagnosis and before they began treatment.

Researchers analyzed data from the group as a whole to see how these factors changed with time among the participants. They also looked at the data for each woman. This allowed them to track how a particular woman's relationship satisfaction changed during the study and how it impacted her own stress and inflammation rather than in comparison to other participants.

Breast cancer survivors who were highly satisfied with their relationships had lower stress and lower levels of inflammation. A woman’s level of satisfaction in her romantic relationship is a good predictor of her inflammation levels.

Women who were more satisfied with their romantic relationships experienced less stress and lower inflammation.

The National Comprehensive Cancer Network (NCCN) recommends screening and treatment of distress as part of the recommended standard of care.

Patients should expect to receive distress screening and help at your doctor visits. If your distress isn’t addressed, ask for help. NCCN provides a "Distress During Cancer Care" pamphlet that provides more information.

The American Society for Clinical Oncology (ASCO) points out several therapies for anxiety and stress for patients to consider during or after cancer treatment:

The following studies on the emotional effects of cancer are enrolling patients:

Many cancer centers and oncology practices have experts to help patients manage distress. If you are experiencing distress, notify your doctor and ask for a referral to supportive services.

If you are experiencing severe distress and cannot wait for a referral to a mental health care professional, please call the experts at the National Suicide Prevention Helpline.

The following resources can help you locate a mental health expert in your area.

Additional resources are available to help you find experts and services in your area.

The following organizations have resources related to mental and emotional health after a cancer diagnosis.