Andrew Joseph’s piece for STAT, “A baby with a disease gene or no baby at all: Genetic testing of embryos creates an ethical morass,” focuses on  preimplantation genetic diagnosis (PGD) and the emerging ethical issue in the field of reproductive medicine: What to do when patients seeking to get pregnant select embryos with DNA that could lead to a disease or a disability.  (11/8/17) 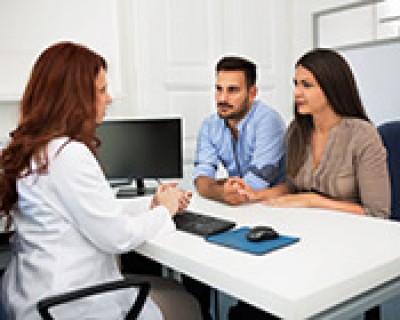 Preimplantation genetic diagnosis () is testing that is used in combination with in vitro fertilization () to help to identify genetic defects within embryos before they are transferred to a womb. The goal of is to prevent inherited genetic diseases or disorders from being passed on from the parent to a child. The technology was first developed in the 1990s and has advanced over time.

Preimplantation genetic screening (PGS) is another screening technique which identifies chromosomally normal (46 chromosomes) embryos prior to embryo transfer. Those who may benefit from PGS include women who are over the age of 35, have a history of failed , or couples with a history of recurrent miscarriages. Couples with a predisposition to a genetic disorder undergoing to prevent having a child with the disorder may also undergo PGS at the same time to determine if the embryo is chromosomally normal.

Joseph’s article highlights the story of a woman with a mutation who, before undergoing surgery to remove her ovaries, underwent fertility preservation and ended up with only one viable embryo. After she knew the frozen embryo carried the mutation, but she chose to go ahead and have the embryo implanted in her womb. She currently has a healthy son, and while concerned about the fact that since he carries a mutation he is at higher risk of cancer or may possibly pass on the mutation to his children, she is very happy that she went through with the pregnancy.

Things to consider about PGD:

Not everyone is comfortable with the concept of and screening embryos for mutations. Nevertheless, it is an option available to patients and an increasing number of people with inherited disorders are undergoing and . For this reason, it is important for people considering these procedures to understand what they entail.

For parents who carry a or other genetic mutation who are considering fertility treatments, it is important to know that:

As genetic testing is moving out of a clinical setting and directly into the hands of consumers it is increasingly important for parents to understand the limitations of genetic testing. Not all genetic information is equally useful for making real-life medical decisions.

Joseph reports that although doctors in the United Kingdom are not permitted to transfer embryos with abnormalities that may cause serious diseases or disabilities unless there are no other viable embryos, the United States has no regulations regarding when to transfer embryos with genetic abnormalities. In a paper published earlier this year, Daar, Klipstein, and colleagues on the American Society for Reproductive Medicine’s ethics committee highlighted the ethical concerns involved in transferring embryos with genetic anomalies including patient autonomy, the rights and well-being of the offspring, and clinician choice among them. Their goal was to at least provide a foundation for ways to think about the issues.

There is some disagreement among some experts and advocates as to whether should be available for all inherited mutations. Concerns have been raised over whether some diseases do not impact overall health enough to justify . Clinicians may encounter patients who will want to select an embryo with a certain genetic trait. While this is rare, experts state this sometimes happens in cases where the parents are deaf or have dwarfism and want their children to have the same traits.

It is important to make sure that as experts debate the issues, the patient perspective is considered as well. In 2009, FORCE and colleagues from the University of South Florida and Moffitt Cancer Center conducted and published results of a survey of people with on knowledge of, and attitudes about .

can test for more than 100 different genetic conditions. The procedure is performed before implantation which allows the couple to decide if they wish attempt a pregnancy. The procedure enables couples who might not have otherwise pursued biological children to do so.

For families with inherited disorders who have witnessed the devastating impact of inherited disease, this may be strong motivation for choosing .

However, there are concerns with testing as well. For other families, these technologies may be equated with “playing God.” People who believe that life begins at conception may consider the destruction of an embryo as the destruction of a person. While helps to reduce the chances of conceiving a child with a genetic disorder, it cannot completely eliminate this risk. Also, keep in mind that does not replace the recommendation for prenatal testing.

As Judith Daar, a bioethicist and clinical professor at University of California, Irvine, School of Medicine states in the piece, “The technology is marvelous and can be predictive and accurate, but we’re probably at a very nascent of understanding the impact of what the genetic findings are on health.”

people with an inherited mutation linked to cancer risk

Be Empowered Webinars:  Pregnancy and Fertility for Previvors and Survivors

STAT. A baby with a disease gene or no baby at all: Genetic testing of embryos creates an ethical morass