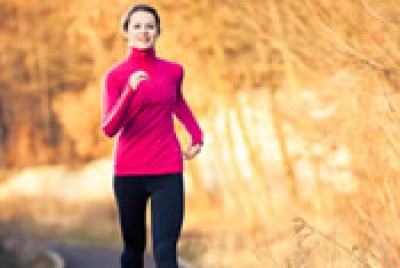 How aerobic exercise affects estrogen levels in young women who are at high risk for breast cancer.

Removing the ovaries and taking risk-reducing medications such as tamoxifen have been shown to reduce breast cancer risk; however, both are associated with short-term and long-term side effects.  Aerobic exercise does not have negative long-term consequences, and is an accessible activity for people, so understanding if exercise can also lower estrogen levels is the first step in determining whether or not it can be used to reduce breast cancer risk in young women who are at high risk for breast cancer.

Regardless of its effect on breast cancer risk, exercise is extremely beneficial for many aspects of health: it helps to control weight; prevent heart disease, diabetes and high blood pressure; boosts energy; and improves mood and sleep. Everyone is encouraged to talk with their health care providers about how they can make exercise part of their routine.  Women at high risk for breast cancer should continue to maintain a heightened breast cancer screening schedule with their health care provider even when engaging in an exercise program.

The study included 135 women, who at the start of the study:

This was a relatively small study of women who were all at high risk for breast cancer. Further studies would be needed to compare the results in young women with average breast cancer risk.The study followed women for 5 months, so whether the reduction in estrogen levels seen would be maintained is unknown.

The results of this study show that exercise reduces estrogen levels, meaning that it might perhaps reduce risk of breast cancer, particularly in women who have the estrogen receptor (ER+). While the study was small, exercise is beneficial for many aspects of health other than cancer, and that is why all everyone is encouraged to discuss the best way to incorporate exercise into their regular routines.

While a reduction in estrogen might reduce the risk of breast cancer developing, it is not yet a certainty. Patients should talk with their health care providers about all the methods they should be using to reduce their risk of developing cancer. In this study, exercise did not lower estrogen levels as much as removing ovaries or taking medications such as tamoxifen or raloxifene. Additionally, medications have been tested in clinical trials and demonstrated to reduce breast cancer risk, whereas exercise has not. Women at high risk for breast cancer are encouraged to discuss national guidelines that outline risk management for people at high risk for breast cancer with their health care providers and maintain a regular schedule of breast cancer screening.