Study: Effects of cancer diagnosis and treatment during pregnancy on the health and development of the child

Very little work has studied how a woman's cancer diagnosis and treatment during pregnancy affects her child. This study of women who were diagnosed with cancer while pregnant looks at their children at ages 18 months and 3 years. The study found no difference in general, cognitive, and cardiac development when compared to children born to healthy mothers. (12/08/2015) 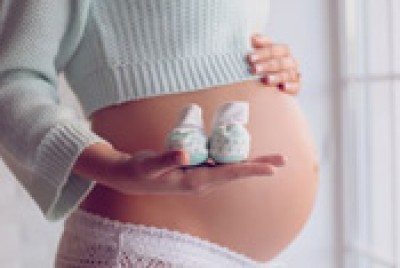 The Globe and Mail:

Whether a woman’s diagnosis of cancer during pregnancy affects the future development and health of her child.

Mothers who are diagnosed with cancer during a pregnancy may have many questions, such as:

These are all important questions because external factors like drugs, alcohol, and smoking are known to affect fetal development.

This study takes a general look at how cancer during pregnancy affects the health and development of the children during early childhood.

While the results of this study are positive and promising, more work needs to be done to fully understand the effect of cancer diagnosis and treatment on a developing fetus. These results only look at children up to age 3, so long-term follow-up from this study will be important to understand whether prenatal exposure to maternal cancer and treatments may affect children as they grow.

Women who were diagnosed with breast cancer while pregnant

Research on how cancer diagnosis in a pregnant woman and any subsequent chemotherapy and/or radiation therapy affect the fetus and its development after birth has been limited. Dr. Frédéric Amant of the University Hospitals, Leuven, Belgium and colleagues from the International Network on Cancer, Infertility, and Pregnancy collaborated on this multicenter international study of children born to mothers who were diagnosed with cancer during their pregnancy. The study was published in The New England Journal of Medicine in November.

Are there developmental effects in babies born to mothers who were diagnosed with cancer during their pregnancy?

The researchers compared 129 children born to mothers diagnosed with cancer during their pregnancy to 129 children of mothers who did not have cancer while pregnant. The children from mothers without cancer were the same gestational age (born at the same number of weeks) as the children born to mothers diagnosed with cancer. Mothers with all types of cancers were included in this study, but notably more than half the women in the study had breast cancer during pregnancy.

The mothers in the study who had cancer had the following treatments:

14 had no treatment while pregnant

While promising, this study has several limitations.

Because the prenatal exposure group contained children who were born to mothers with very different treatments (including those who had no treatment), it was not possible to determine whether the cancer itself or the cancer treatment affects the developing child.

The researchers were quoted in some reports saying that they plan to expand this study to add more participants, and follow them until age 18 to see what effects prenatal exposure to cancer may cause as they grow older. This is an important follow-up because this current study is relatively small and has no data on children older than 3 years.

In an editorial in the The New England Journal of Medicine that accompanied the article, Drs. Michael Greene and Dan Longo of the Department of Obstetrics and Gynecology at the Massachusetts General Hospital suggested that it is still prudent to avoid cancer treatment in the first trimester of pregnancy.  More work needs to be done to understand individual contributions of the cancer itself or different treatments that might affect a developing fetus to help women who are diagnosed during pregnancy make informed decisions.

The Globe and Mail:

Cancer treatment DOESN'T harm an unborn baby: Pregnant women advised not to delay treatment after study finds chemo and radiotherapy are not unsafe

This was a well-written media article. It introduced the main problem (should pregnancies be terminated/should treatments be given during pregnancy if the mother has cancer?) and explained how the results of this study presented some reassuring data for cancer treatments during pregnancy if necessary. It also pointed out some limitations of the study and addressed the concerns raised in the accompanying editorial.

This article has similar problems to the Daily Mail article. It appears to base the headline and lede among other parts of the article on this quote by the lead author, “Our results show that fear of cancer treatment is no reason to terminate a pregnancy, that maternal treatment should not be delayed and that chemotherapy can be given.” While the results do provide support for pregnancies not being unsafe for the developing fetus, it is not definitive due to the limitations of the study.

This is a poorly researched article. It exaggerates the findings of the research study—while the results may offer support for cancer treatment during pregnancy, by no means can it be claimed that cancer treatment does not harm a baby. The study was relatively small and only looked at the children up to age 3. While one of the authors is quoted as saying “Our results show that fear of cancer treatment is no reason to terminate a pregnancy, that maternal treatment should not be delayed and that chemotherapy can be given,” other the accompanying editorial expresses more caution with how these results should be interpreted and should be addressed.