Study: Can taking dietary supplements during chemotherapy do more harm than good? 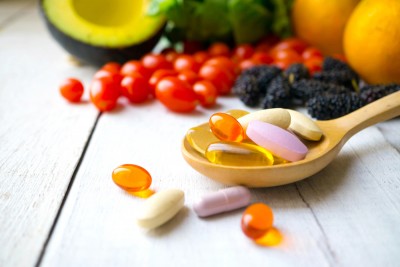 Taking supplements during breast cancer treatment increases risk of death and relapse, what does this mean for patients?

Whether using vitamins and dietary supplements before and during chemotherapy can affect treatment results.

Most of the media outlets reporting on this study incorrectly stated that any antioxidant use was shown to increase the risk of breast cancer recurrence and death. However, these results were not statistically significant and call into question the reporting. See the limitations section for more details.

Use of vitamin B12 and iron during chemotherapy was linked to poorer outcomes. However, while results of this study hint of a connection between use of antioxidants and outcomes, a larger study is needed to understand whether these popular nutritional supplements definitely affect chemotherapy outcomes for cancer patients.

The results of this study support current recommendations that patients use caution and speak with their oncologist before taking supplements during chemotherapy.

Although most people diagnosed with breast cancer never have a recurrence, it can return at any time. In general, breast cancer recurs in about 30 percent of patients, but everyone who has had the disease is at risk of recurrence. Most recurrences occur in the first three to five years after initial treatment.

Following a cancer diagnosis, patients may be motivated to make lifestyle changes that they believe will improve their health, reduce their risk of recurrence and reduce treatment side effects. Patients often take dietary supplements to complement their traditional cancer therapies. Reports of patients’ use of dietary supplements after diagnosis range from 60 percent to more than 80 percent. However, dietary supplements may reduce the effectiveness of chemotherapy. The American Cancer Society states that, “So far, no dietary supplements (including vitamins, minerals, and herbal products) have been shown to clearly help lower the risk of breast cancer progressing or coming back.” Indeed, most patients are advised to speak to a member of their healthcare team if they are considering taking supplements.

Whether an association exists between the use of dietary supplements and breast cancer treatment outcomes.

SWG S0221 is a clinical trial that compared different treatment schedules in female and male patients with breast cancer. All partipants had breast cancer ( I-III). The Dietary, Exercise and Lifestyle and Cancer Prognosis (DELCaP) study enrolled patients who participated in SWG S0221 to understand how their dietary patterns, exercise and other lifestyle factors might affect their cancer treatment outcomes.

Of eligible patients enrolled in SWOG S0221, 1,607 agreed to participate in DELCaP. Before beginning chemotherapy, patients completed a baseline questionnaire about their regular use of dietary supplements before diagnosis and between diagnosis and enrollment in the trial. Regular use was defined as using a supplement at least once a week. When chemotherapy was scheduled to be completed (about six months after randomization to treatment schedule), patients were asked to complete a second questionnaire about their supplement use during their chemotherapy.

Disease-free survival was defined as the period from the end of chemotherapy (among living patients without recurrence) until the first documentation of breast cancer recurrence, diagnosis of a new breast cancer or death.

Overall survival was defined as the period from the end of chemotherapy until death from any cause. Median follow-up time was 8.1 years.

For supplements other than antioxidants:

The authors state, “There were indications that use of any antioxidant (vitamins A, C, and E; carotenoids; coenzyme Q10) both before and during treatment was correlated with an increased risk of recurrence and to a lesser extent death.” While researchers did observe that patients who took any antioxidants had up to a 41 percent increased risk in recurrence and a 40 percent increased risk in death, these results are not statistically significant. Despite the authors claim that antioxidants are correlated with increased risks, their data does not support this. It is unclear whether this correlation is real, and a larger study with more people would be needed to prove this link if there truly is one or not.

The strength of this study was that all breast cancer patients received the same chemotherapy, although their treatment schedules were different. Despite this strength, as with any observational study, there are limitations including selection bias, imperfect recall and other confounding factors. For example, it has been reported that up to 60 percent of breast cancer survivors began using dietary supplements following a diagnosis. However, the use of dietary supplements in this study was much lower, although it is unclear why.

The study did not quantify supplement dose, frequency, or brand.  This limitation is compounded by the small sample size. It is also unknown how much of the needed micronutrients and minerals people are obtaining through their diet. Patients undergoing chemotherapy may experience significant dietary changes (loss of appetite) that are not addressed in this study. Additionally, patients may have underreported use or they may have adhered more closely to recommendations from their healthcare providers to avoid supplements during treatment.

The small number of patients taking dietary supplements in this study limits its ability to identify correlations and may lead to false results.

The results of DELCaP showed an association between some supplements (B12 and iron) and survival outcomes for (I-III) breast cancer patients who were undergoing chemotherapy. However, these results support the current clinical recommendation that patients use caution when considering the use of dietary supplements other than a multivitamin during chemotherapy.

National Comprehensive Cancer Network (NCCN) guidelines on survivorship include the following recommendations on dietary supplement use:

Taking supplements during breast cancer treatment increases risk of death and relapse, what does this mean for patients?

Why taking antioxidants during chemotherapy for breast cancer could be counterproductive

Forbes: Taking supplements during breast cancer treatment increases risk of death and relapse, what does this mean for patients?
Rating: 3.5 Stars

MSN: Why taking antioxidants during chemotherapy for breast cancer could be counterproductive
Rating: 2 Stars