Study: All DCIS is not the same: Young women and African American women at higher risk after DCIS diagnosis

Diagnoses of ductal carcinoma in situ (DCIS), sometimes called stage 0 breast cancer, have increased in recent decades. Many people with DCIS wonder if they need aggressive treatment. A study looking at the survival of over 100,000 women found that breast cancer mortality after DCIS is low (3%), and identified groups of women who are at higher risk after DCIS. (9/8/15) 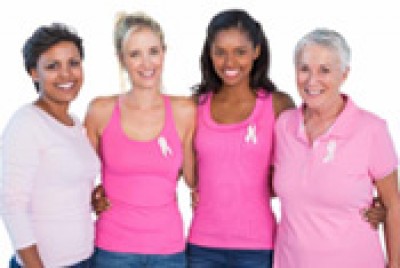 This article is most relevant for Women diagnosed with DCIS

Estimating breast cancer mortality after a diagnosis and identifying which factors, such as age, ethnicity, and initial treatment received, increase a patient’s risk of dying from breast cancer.

The study showed that the risk of dying from breast cancer after a diagnosis is generally low, and it opens the possibility of discussing less aggressive treatment alternatives with patients’ health care providers. However, the study identified two groups of women with higher breast cancer mortality after —young women who are diagnosed with breast cancer (under 40 years old) and African American women who are at higher risk of dying from breast cancer. It is important for women in these two groups to discuss treatment options and heightened surveillance with their health care providers.

Although cells are abnormal, they are not the same as invasive cancer cells. Unlike invasive cancer, lacks the ability to metastasize (spread to other areas of the body). Scientists long believed that untreated cells could turn into invasive cancer, which might then spread to other parts of the body and cause death.  For this reason, lesions are generally removed and the remaining breast is treated with radiation to kill off any lingering cancer cells.  However, data from previous studies and this more recent study show that even left untreated, seldom leads to death, and that removing does not help most women live longer.  This study was done to learn which risk factors are associated with breast cancer mortality after a diagnosis.

How many women previously diagnosed with eventually die from breast cancer, and which women are at greatest risk for breast cancer death after .

Data from approximately 108,000 women who were diagnosed with from 1988-2011 were obtained from the National Cancer Institute’s (Surveillance, Epidemiology and End Results) database. collects information on all patients diagnosed with cancer, including the site of the primary cancer; the of cancer at diagnosis, the first course of treatment; specific markers, such as , ER, and PR; and patient survival.  Research using databases such as is useful in designing controlled studies that compare how different treatment options affect survival.

Researchers were unable to tell which cases of were detected through screening and which cases were symptomatic. The researchers did not have access to information that could affect risk of recurrence and/or second primary breast cancer such as:

This study highlights two populations who have a higher risk of breast cancer mortality after diagnosis: young women (under 40) and African American women. As breast surgeon Dr. Laura Esserman said in an editorial that was published on this study, “For young women (<40 years) who present with symptomatic —approximately 5% of the population—we should be cognizant that this is a different disease than typical .” Esserman noted that new tests that look at a patient’s tumor can help health care providers identify which patients with could benefit from more aggressive treatment.

This study did not look at patients’ status or their family history of breast cancer. While the study shows that the risk of dying from breast cancer after a diagnosis is generally low, young women and African American women should be monitored more regularly and more thoroughly.  Women diagnosed with before the age of 50 meet national guidelines for referral to genetic services; they may wish to discuss the possibility of genetic counseling and/or testing with their health care provider.

Experts note that this study alone does not mean that doctors should stop treating women with DCIS; rather, it is an indicator for further discussion and research on how to best treat in different populations.

The National Comprehensive Cancer Network (NCCN) guidelines include the following options for treatment of DCIS:

Low rate of mortality from breast cancer after DCIS diagnosis