Study: How does a breast cancer diagnosis affect employment of young women?

Most young women who are diagnosed with breast cancer remain employed one year after their diagnosis. Among breast cancer patients who were unemployed a year later, half reported that their unemployment was due to health issues. The issues that were most associated with unemployment were stage of cancer and financial stress prior to diagnosis. (1/10/20) 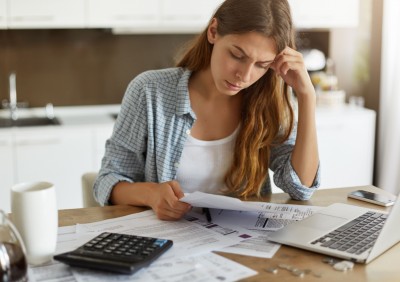 This article is most relevant for Young women with breast cancer

This is one of the first studies to look at the impact of a breast cancer diagnosis and treatment on employment of women who are diagnosed at age 40 years or younger.

Most young women in this study did not have problems with their job following a breast cancer diagnosis. Most women were employed and reported job satisfaction. The women who had job difficulties or became unemployed were those who initially had the most financial stress and least job satisfaction.

If you have been diagnosed with breast cancer, know that most people are able to keep their current jobs during treatment. Financial impacts are hardest for women who had financial stress before their diagnosis. Employers often made accommodations for employees during their cancer treatment. Ask your doctor how much time you may need off during treatment and recovery and some of the possible side effects of treatment so that you can have informed discussions with your employer. If your breast cancer diagnosis or treatment is affecting your ability to do your job, you may want to speak with the Human Resource Department where you work about accommodations.

Work during treatment and recovery or a return to work has many benefits for breast cancer survivors, including lower distress and better quality of life, self-esteem and physical and mental function.

Some studies have shown that breast cancer treatment can have impacts on work and job performance. Some women experience work-related stress and changes in physical and mental function that can impact their ability to work. Unemployment after breast cancer surgery ranges from 6 to 56%, depending on the study. Most of the research about the effect of breast cancer on women's work has been done in women of varying ages.

Almost 10% of new breast cancer cases each year are among women who are age 40 or younger. It is unknown whether breast cancer treatment affects young career women differently than older populations that may include more women with a long career history or who are closer to retirement. The researchers of this study wanted to look at the impact of cancer on young women's employment and the ability and desire to work.

The participants were 911 women who were part of the Young Women's Breast Cancer Study.

All participants, who were enrolled between 2006 and 2016, were diagnosed with breast cancer by age 40 and did not have cancer (women who were 0-3 were eligible). The average age at diagnosis was 36 years; 83% were non-Hispanic white women and 14% identified with a different race/ethnicity; 903 of 911 (99%) of the women had health insurance in the 3 months prior to their diagnosis.

Three months prior to their breast cancer diagnosis, most women (762 of 911 women, 84%) were employed.

Some women transitioned from being employed to unemployed:

Among the 729 women who had been employed before diagnosis, factors associated with becoming unemployed were:

At first glance, education level (women without a college degree compared to those with a college degree) was associated with becoming unemployed after breast cancer diagnosis, but this did not hold up when other factors were considered.

Most women (93%) who were still employed at one year after diagnosis reported that their cancer treatment did not interfere with their job very much or at all.

This study had multiple limitations.

Most young women in this study did not have problems with their job following a breast cancer diagnosis. Most women were employed and reported job satisfaction. The women who had job difficulties or became unemployed were women who initially had the most financial stress and least job satisfaction.

The following resources focus on financial resources for people with, or at high risk for cancer.