Age affects fertility. As women age, their ovaries release eggs that are not as healthy as those released in younger women. Fewer eggs are released each menstrual cycle as women age, making it harder for older women to become pregnant. Are women with BRCA mutations less fertile? Previous research suggested that BRCA mutations might affect women's fertility as she ages. A recent study found that BRCA1 mutation carriers may have slightly lower fertility than women without the same mutation, but more research is needed before this finding is useful for medical decision-making. (5/24/16) 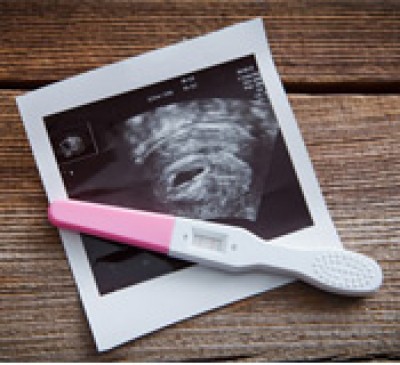 BRCA1 mutations may negatively affect fertility; women with the gene have fewer eggs

Whether having a mutation affects ovarian reserve, which in general describes the capacity of ovaries to provide eggs that will ultimately result in a successful pregnancy.

"Ovarian reserve"—the amount of healthy eggs a woman has—is affected by her age. The older a woman gets the fewer healthy eggs she has to release from her ovariy each month. Because of this, age is often a factor in fertility and family planning. If faving a mutation also affects fertility, this would be more important information for women to take into account for family planning.

While the association between mutation carriers and lower ovarian reserve adds to previous data, more research will need to be done to prove this link. The actual difference in ovarian reserve found in this study was relatively small. Women with mutations may want to consult with both genetics experts and fertility experts to coordinate their family planning and their plans for cancer screening and preventive surgeries.  mutation carriers who have been diagnosed with cancer should request a referral to a fertility expert if they are concerned about the affects of treatment on their ability to conceive.

Share your thoughts on this XRAYS article by taking this brief survey.

The Society of Obstetricians and Gynecologists of Canada. Retrieved from: “Age and Fertility.”

Whitman-Elia, GF. Retrieved from: “Low Ovarian Reserve- What does it really mean?”

Women with a BRCA mutation who want to become pregnant

A woman is born with all of the eggs she will have throughout her life. Each month during her menstrual cycle, she releases one egg and in general, the healthier eggs are released when she is younger and the less healthy eggs are released later on. This is often referred to as lower ovarian reserve.  Healthier eggs have a higher chance of resulting in a pregnancy, making it more difficult for women to get pregnant at older ages.

Some studies have suggested that genes are involved in reproductive aging, while others have not. Kelly-Anne Phillips and colleagues at the Peter MacCallum Cancer Centre in Australia and colleagues published findings in the journal Human Reproduction where they looked at how status affected ovarian reserve (as measured by concentration of the hormone called AMH (Anti-Müllerian hormone) in the blood.

The sample size used in this research study was relatively small. While the researchers saw that there was no difference in AMH concentrations between carriers and non-carriers, this may be because there were not enough patients in the study for the researchers to see a difference.

While this study suggests an association between mutation status and a lower ovarian reserve, more work needs to be done to confirm this finding, in addition to the finding, as it was a relatively small study. Additionally, because the difference in AMH concentrations between mutation carriers and non-carriers was not large, the authors write “…it is possible that the findings of our study might not translate to clinically relevant fertility implications for younger women, but may be important for the subgroup of mutation carriers who wish to conceive in their late 30s or 40s when fertility is reduced even in the general population.” Young mutation carriers do not need to rush to have children based on these findings alone. However, women in their late 30s and 40s do already have a reduced ovarian reserve due to age—may want to talk to a fertility expert, particularly if they are having trouble conceiving. These experts may suggest trying to conceive at an earlier age or freezing their eggs.

Share your thoughts on this XRAYS article by taking this brief survey.

BRCA1 mutations may negatively affect fertility; women with the gene have fewer eggs