Study: Do antioxidants encourage the spread of cancer cells?

Scientists do not yet know why some cancers spread to other parts of the body (a process called metastasis). A study in mice suggested that high doses of some antioxidants (chemicals that can protect cells from damage) might actually make it easier for cancer cells to spread. (12/01/2015) 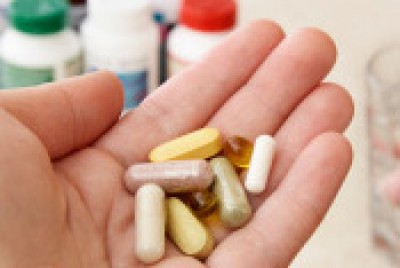 The latest study about antioxidants is terrifying. Scientists think they may boost cancer cells to spread faster.

The effect of antioxidants on the spread of cancer cells in mice.

Learning what causes cancer cells to spread can help scientists design better ways to stop this process. Antioxidants include some vitamins and nutrients that can be found in foods or taken as supplements. They protect our cells from some of the damage that occurs from day-to-day life; for example, exposure to the environment, sun, hormones, etc. Research has looked at whether taking antioxidant supplements can prevent cancer in people, and results have been mixed. In some studies, taking large amounts of certain antioxidant supplements has led to poorer outcomes among patients.

The study found that very large doses of antioxidants promoted spread of melanoma cells in mice.

People often wonder if eating certain foods or taking supplements can help them prevent or treat their cancer. Research on the relationship between antioxidant supplements and cancer is complicated and has produced mixed results. Results vary by the population studied, the type of cancer, the antioxidant used, and even the dose. Studies in people have shown that increasing dietary antioxidants does not reduce cancer risk. In some research studies vitamin E supplements have been linked to an increase in the chance of being diagnosed with or dying from and lung cancers.

The doses of antioxidants used in this study are much higher than what people would normally get from their diet. According to experts, eating a healthy diet should provide most people with enough of the antioxidants needed for good health. You should speak with your doctor before taking any antioxidant dietary supplements.

The clinical relevance of this study for people is not clear

Cells undergo a process called to spread from a primary tumor to other sites in the body. Few cancer cells can survive the process to spread and grow at another site in the body. It is not fully understood how cells that manage to metastasize are able to do so. Dr. Sean Morrison and colleagues at the University of Texas Southwestern Medical Center looked at the capability of metastasized melanoma cells to withstand oxidative stress. (Oxidative stress, which can damage cells, occurs when an imbalance develops between reactive oxygen species (ROS) and the body’s ability to remove them.) ROS occurs naturally in the body as oxygen is processed; they are damaging, but our bodies usually have a sufficiently strong system response to handle it. ROS increase during times of environmental stress, such as exposure to ultraviolet (UV) light or ionizing radiation. Molecules called antioxidants play a role in controlling ROS.  Antioxidants are produced by the body and are also found in many different foods. Some antioxidants are sold as over-the-counter dietary supplements.

How oxidative stress and antioxidants affect the ability of melanoma cells to metastasize.

This study was done in mice that did not have functioning immune systems, allowing researchers to inject and study human tumor cells in a mouse model. Though the researchers used melanoma cells from human patients samples, observing what happens when they were transplanted into immunodeficient mice does not exactly correlate to what happens in human cancer patients with functional immune systems. In addition, the number of different patient samples used in this study was relatively low, which means that there is a possibility that the results the researchers see are unique to those tumors. Researchers did note that melanoma in the study mice is predictive of clinical outcomes—in other words, the cancer cells that metastasized in human patients also metastasized in the mice. While this may be true, it does not mean that the mechanism that the cells use to metastasize is exactly the same in the two species, or that a functional immune system may affect the process.

Not too long ago, the idea that antioxidants are beneficial was well received, and clinical trials looked at giving cancer patients supplementary antioxidants. Recently, however, this idea is being questioned. This study indicates that oxidative stress limits the ability of melanoma cells to metastasize; when researchers added antioxidants to relieve oxidative stress, more occurred. The antioxidant treatments used in these mouse studies may help us understand how cancer acts, but the path from antioxidant treatments in genetically altered mice to clinical application is a long one, and not all study results in mice hold true in human patients. More work needs to be done to fully understand this process and how it might impact cancer patients.

National Comprehensive Cancer Network (NCCN) guidelines on survivorship include the following recommendations on dietary supplement use:

The latest study about antioxidants is terrifying. Scientists think they may boost cancer cells to spread faster.

Washington Post: The latest study about antioxidants is terrifying. Scientists think they may boost cancer cells to spread faster

RT:  Antioxidants are good for you …until you get cancer and they feed the disease