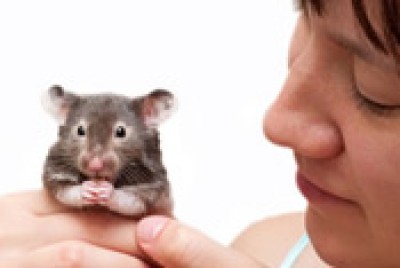 A potential role for normal protein in Alzheimer’s disease.

This study is basic research on Alzheimer’s disease.

This study does NOT show that you have an increased risk of Alzheimer’s if you have a mutation.

This research is not relevant to people

How a breast cancer gene may affect Alzheimer’s

Breast cancer gene BRCA1 may be involved in Alzheimer's disease

and are involved in repairing errors in . Researchers have seen lots of damage in brains cells of patients with Alzheimer’s disease. Lennart Mucke, M.D and colleagues at the Gladstone Institute of Neurological Disease and the University of California, San Francisco want to understand what repair mechanisms might be involved in that damage. Although damage is not known to cause Alzheimer’s disease, it is seen in Alzheimer’s patients and may be an effect of the disease.

Whether the damage seen in the neurons of patients with Alzheimer’s could be explained by lower levels of protein.

Mice studies were also made:

Each treatment group included 3 to 20 mice for the various experiments.

The number of patient samples used was small: 8 samples for each group. Most of the experiments were performed in mice, however, test results from mice do not conclusively indicate what will occur in humans. Importantly, the study only reviewed normal genes and not mutations associated with increased cancer risk.

While the studies looking at mice without protein appear convincing regarding a potential role for in neuronal function, no published study has associated with Alzheimer’s disease.  For many years, researchers have been looking for genetic factors that increase the risk of Alzheimer’s disease— is not a gene that is associated with the disease. More importantly, no clinical data show that people with mutations have an increased risk for developing Alzheimer’s.

For now, the reduced levels of in Alzheimer’s patients observed by researchers is only an observation that does not conclude anything about the effects of mutations on the disease.  More research needs to be done to understand the role of normal proteins in Alzheimer’s disease, but based on current research there is no reason to believe that mutations carriers are at increased risk of Alzheimer’s disease.