Very little research has focused on the cancer care experiences of lesbian, gay, bisexual, transgender and queer (LGBTQ) people. This study looks at recommendations from the LGBTQ community for improving their cancer care. (6/20/19) 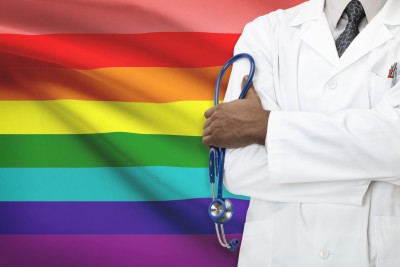 This article is most relevant for LGBTQ cancer patients and their healthcare providers.

Lesbian, gay, bisexual, transgender and queer (LGBTQ) cancer patients have unique experiences and needs compared to their peers who are heterosexual and cisgendered (those whose sex assigned at birth matches their gender identity). For example, sexual minority women are more likely to delay health care, are less likely to have a usual place of care, and are more likely to exhibit higher risk behaviors associated with increased breast cancer risk such as smoking, obesity, heavy drinking.  However, the experiences of LGBTQ cancer patients in the context of cancer care are not well understood. This study looked at suggestions from LGBTQ cancer patients for improving their cancer care.

LGBTQ cancer patients reported that they:

"I had been sick for a year prior to diagnosis but my primary care doctor kept trying to get me to take anxiety medication and treating my shortness of breath as panic attacks instead of a result of the large tumor in my chest which would later be found.  I feel a lot of that had to do with pre-conceptions about gay people."

"My partner did not come to the hospital because the only good hospital around was a Catholic hospital and I didn’t want my treatment compromised by them finding out about my ‘sinfu lifelstyle.’ An anti-gay surgeon could easily ‘accidentally’ miss one of the many small lesions of the cancer. Being discovered as a lesbian in a Catholic hospital can be lethal when having cancer."

"As an alone, aging senior, I am also dealing with the fear of rejection by being ‘out’ even though I was very ‘out’ when younger and in a partnership."

"I needed to talk to other gay women with cancer.  I tried a support group for women with breast cancer. All the women were straight and THEY gave me a hard time for not doing reconstruction."

"If I had not felt that both me and my partner were fully supported by the medical team I would have immediately gone elsewhere."

Based on their findings, the authors of this study issued guidelines for cancer care providers (see Conclusions below).

What do the experts say?

The Institute of Medicine and The Joint Commission have recommended asking sexual orientation and gender identity questions in clinical settings and including such data in a patient’s Electronic Health Record.

This study was limited by the lack of diversity among the patients: most respondents were white, cisgender gays and lesbians. More research is needed on the experiences in the cancer care setting of bisexual and transgender people as well as LGBTQ people of color. Finally, because participants were recruited from LGBTQ-specific sources, the study sample likely excluded people who are not open about their sexual and/or gender identities.

Based on the findings of this study, guidelines for cancer care providers were suggested. These include providing access to LGBTQ-specific training on cultural competency, responsiveness and humility; asking about and using patients’ names and pronouns; including support people of the patient’s choosing; and providing support resources that are relevant to the sexual orientation and identities of patients, among others.

The University of California Center for Excellence in Transgender Health published the second edition of Guidelines for the Primary and Gender-Affirming Care of Transgender and Gender Nonbinary People, which include the following recommendations for cancer screening and treatment:

The following studies are enrolling people from the LGBTQ+ community.

Visit our Featured Research Page and Research Search and Enroll Tool to find additional studies enrolling people with, or at high risk for cancer. Note: Most of these trials are geared towards cisgender people.

The following organizations offer peer support services for people from the LGBTQ+ community.

The following resources can help people from the LGBTQ+ community find compassionate care.

The following organizations have cancer-related resources for members of the LGBTQ+ community.