Tribute in Memory of: Teri Woodhull 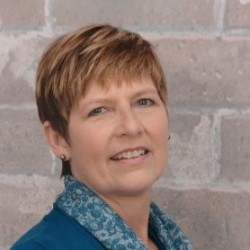 In loving memory of Teri Woodhull

With deep sadness, we share that this week the FORCE Community has lost a tireless volunteer, an enthusiastic leader, a dedicated advocate, a patient and a dear friend. Teri Woodhull passed away on January 10th, 2021 after a decade-long battle with ovarian cancer. She joined our Board of Directors in 2016, serving as president from 2019 until very recently when she resigned due to her health. Teri was an indomitable part of FORCE over the past 10 years, and she leaves a lasting legacy on our organization. The FORCE Board of Directors, staff and volunteer community extend our heartfelt sympathy to the Woodhull family.

“The support Teri has given as a volunteer, as an outreach leader and through her work with other organizations has helped so many people navigate this difficult journey, find support and resources and feel less alone.” – Sue Friedman, FORCE Founder and Executive Director

Teri inherited a BRCA mutation from her mother, who died of breast cancer at age 46.
When her mom died, Teri’s oncologist said they believed there was a hereditary aspect to the disease and suggested that she consider joining a Mayo Clinic research project that was exploring whether preventive surgery reduces breast cancer risk for women with strong family histories. So, in 1993, at the age of 30, Teri had a bilateral prophylactic mastectomy. The BRCA gene was discovered shortly after her surgery. At the time, she and her doctor believed testing for BRCA was not necessary for her since she had already taken preventative measures.

What Teri could not have known at the time was that she also inherited an increased risk of developing ovarian cancer. She and her family were shocked when she was diagnosed with advanced ovarian cancer in 2010. She learned of FORCE following her diagnosis and remained an active participant until her passing. Despite so many challenges to her health, Teri chose to live her life fully.

“My personal philosophy is that although I did not choose to be on this HBOC journey, I can choose HOW I travel it. I refuse to live in fear of the “what-if's” and choose instead to live with joy and appreciation; and part of that appreciation is choosing to be an active part of this inspiring FORCE community!"

While Teri’s impact on the hereditary cancer community has been immeasurable, one of her greatest contributions was helping FORCE launch a new clinical trial matching program. “Teri helped create FORCE’s Research Matching Tool, the first matching tool specifically for people with inherited gene mutations and hereditary cancer. Her real-life experience navigating people through the clinical trial process helped so many people, and countless people now find the trials that they are desperately looking for.”

In recognition of Teri’s many years of service, FORCE recently created the Teri Woodhull Empowerment Award. A recipient will be announced annually on Teri’s birthday, February 20th, or at the Spirit of Empowerment Awards celebration. It is our intention to honor and remember Teri Woodhull and her lasting imprint on FORCE while also recognizing like-minded individuals who selflessly serve the hereditary cancer community.

Donate to this tribute

Donate Online to This Tribute

Make a donation to help improve the lives of individuals and families affected by hereditary cancer.

People who have donated to this tribute