Introducing Myself to the FORCE Community


I am honored to begin a new phase of my career as FORCE’s Vice President of Education. I’d like to introduce myself by telling you a bit of a long story. I will tell this over time in several parts. The story is that of the “The Race” to Clone BRCA1.

Part 1: Don’t take me out to the ball park

It was the fall of 1990 and the American Society of Human Genetics (ASHG) meeting was being held in Cincinnati, Ohio. While the annual ASHG meeting is usually held during the end of October and often overlaps with the finale of the great American pastime, no one could have predicted that that year, the Reds would sweep the series in four games over the defending champions and heavily favored Oakland Athletics, and that Mary-Claire King would electrify the genetics community.

As is typical for a huge scientific meeting, by the end of a long day, attendees are tired and looking for some intellectual and social levity. The night Mary-Claire presented her research findings most opted to forgo the evening sessions. Scientists either headed to the ball park or to a nearby sports bar to watch the hometown favorite. Science, they thought, was done for the day. The few who did opt to stay for the evening session that night had no idea what was in store. They were going to be the first to witness that the way we think about cancer and genetics was about to change forever.

Few people had imagined that a common disease such as breast cancer could have a genetic component. Many scientists believed that cancers were caused by a virus. Mary-Claire King told a different story that night. She was able to prove that in carefully selected families, she could find a fairly simple genetic link for breast cancer. This discovery provided cancer researchers with a powerful path forward. 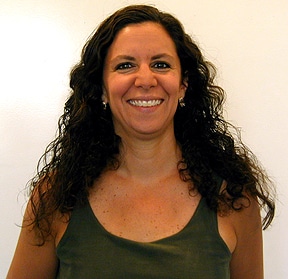 Those enjoying the World Series that evening would awake to a new genetic paradigm-that some common cancers indeed had a genetic component. Prior to this revelation, King had spent her time collecting family histories and DNA from over 1,500 women. It was these women and their families who convinced her that, yes, breast cancer in some families is due to an inherited gene. After 17 years of painstaking work, she announced to the few who remained that evening in Cincinnati, that not only had she proven that some breast cancer was due to a gene; but, that gene was somewhere on long arm of chromosome 17.

During this time, I was finishing my PhD in molecular genetics at The Ohio State University. Always interested in human genetics, I chose to present Mary-Claire’s revolutionary paper describing the location of BRCA1 in a graduate student journal club. I did not know her at the time and had no idea how this seminal research would forever change me both professionally and personally.

I have heard the story of the night Mary-Claire King shared her research with her colleagues over and over again. Little did I know at the time how her story and mine would intersect over the years nor how my family would be impacted by this groundbreaking research. In a way, while not there, this night was the beginning of my scientific and personal journey on the quest to understand inherited breast and ovarian cancer. For the last 25 years, I have had the privileged of working with Mary-Claire King in her lab at the University of Washington. I am looking forward to the next 25 years of working with FORCE to improve health outcomes and informed decision-making for people affected by inherited breast, ovarian and related cancers.

Tara Freundlich says:
We are so happy to have you on board here at FORCE. Congratulations on your new position, and yes here is to another 25 amazing years.

Alisa Strong says:
How very exciting for your opportunity to work with Mary - Claire and to have you a part of the Force Community! !. I look forward to your blogging. I am BRCA 1 and a 3 time Breast Cancer survivor.