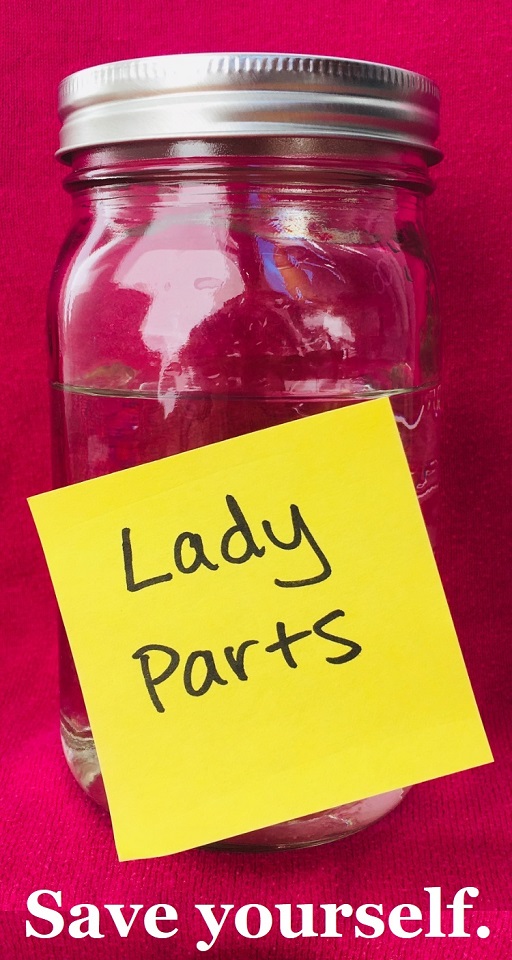 Devin Sidell is an actress and a previvor who is sharing her story in an upcoming dark comedy feature film called Lady Parts in order to bring more awareness and normalization to BRCA-positive women undergoing preventative surgeries.

“I am an actress, an artist, a storyteller. Yet, I had never thought about turning my own story into art until I was recovering from my preventative surgeries.

My mom somehow survived borderline Stage IV ovarian cancer when she was 43 and I was 13. Her sister, my aunt, did not survive hers. The threat of ovarian cancer loomed over me during the formative years of my teens and young adulthood. At the time that I heard about the possibility of genetic testing, I was warned that if I tested positive, my insurance would drop me.  It was not until the passing of the Affordable Care Act and my switching to a very proactive OBGYN that I was convinced that my insurance would not only NOT drop me, but would also cover preventative care and surveillance.

As I assumed I would, I tested positive for the BRCA1 mutation. My older sister, who also has the mutation, and I discussed the fact that we might have to undergo preventative surgeries one day. We each attended FORCE meetings to learn more about what we were facing, but we figured we could wait until we were in our 40's to make these big surgical decisions. Then, in October of 2016, my 38-year-old sister was diagnosed with triple-negative breast cancer. I immediately scheduled surgery to have my ovaries, Fallopian tubes, uterus, and cervix removed, and relied on the very open women of FORCE to help me navigate some of the in’s and out’s of the whole process.  This was a difficult decision for me, as my husband and I do not yet have children. However, now that the threat of cancer seemed even more imminent, I wanted to know that I wouldn't have to face what my mom and my aunt faced. When I woke up from my surgery, the relief I felt was overwhelming.  I no longer had to worry that I was dying of ovarian cancer without knowing it.

After watching my sister go through chemo for months, I knew that I never
wanted to have to go through it. No one should have to go through it. I made an
appointment to have both of my breasts removed preventatively one year after I
underwent my hysterectomy/oophorectomy. The recovery from this surgery was not
easy, but I knew in advance that I wanted to capture visuals of what my body
looked like going through such a strange procedure. I wanted to remember, and I
wanted to turn it into art. I wanted to share what not many people get to see.

My brilliant photographer friend Sarah Sido (Studio Sido) did a photo shoot with me during my second week of recovery, and the images make me feel like this process means something more – I mean, more than knowing that I no longer have to fear dying from breast and ovarian cancers. I felt that if I had to go through this awful process, then other people should have to look at it, too, no matter how disturbing it was. In a surprise twist, posing for the photos without breasts and with scars and surgical tape actually made me feel sexy and free. More sexy and more free than I felt with my breasts. That was a pleasant surprise.

But while I was recovering, I had another idea. I realized that I wanted to share my story of having to remove parts of my body in order to save myself.  I started meeting with a screenwriter about crafting a dark comedy feature film. As over-the-counter genetic testing becomes prevalent, more men and women will discover they are BRCA-positive, and we need a way to normalize all of the bizarre decisions and experiences we go through as normal, non-Angelina Jolie people in our path to previvordom. Our film, Lady Parts, grew into a dramedy-fantasy that tackles the complicated ridiculousness that cancer and the threat of it paints over everything.  Sometimes simple questions don't have simple answers.  And some genes don’t fit.

If you’d like to learn more about the film and follow us on social media, please go to www.ladypartsthefilm.com.

Shannon Curtis Hoelscher says:
Dear Devin, This work is beautiful, courageous, and so very, very necessary and important. Thank you for all of the time, physical and emotional energy, and commitment required of this original project. On a personal level for myself and my two teenage daughters your work is remarkably meaningful.

Kim Horner says:
Congratulations on this film! I can't wait to see it.