Skip to main content
Sign Up for FORCE Newsletters
The FORCE Blog
Our blog features information and personal perspectives on topics of interest to the hereditary cancer community.
Education > Our Blog > Battling BRCA: International Conference in Iceland on BRCA and Cancer
Categories
Advanced Search
Subscribe
Close 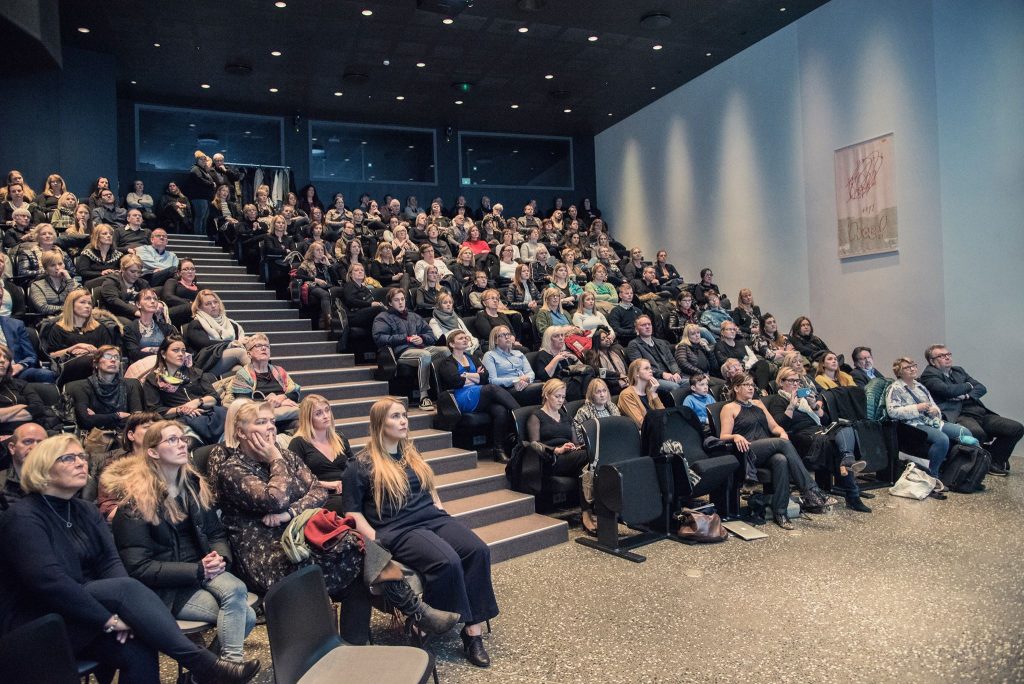 Battling BRCA: International Conference in Iceland on BRCA and Cancer

In June 2017, we attended the FORCE conference in Orlando. We barely knew each other at the time, but we are both BRCA2 carriers, have lost several family members to cancer, and have gone through preventive surgery. In addition, although we are both from Iceland, we live in the U.S.; in San Diego and Washington D.C., respectively.

Attending the FORCE conference was an amazing experience. We listened to many lectures, met many inspiring people, saw the amazing documentary Pink & Blue: Colors of Hereditary Cancer,” and got to know the film’s director, Alan M. Blassberg, and his wonderful wife. We instantly knew that we wanted to screen the film in Iceland.

In the fall, we started to put together a program and apply for grants. We got the first grant in December. Our planning started full force and the event grew from something small to a full-blown conference, quickly exceeding the limits of our grant.  With hindsight, it was a bit crazy to go through with planning and hosting our conference! But a nice blend of optimism and the Icelandic attitude þetta reddast—it will all work out—encouraged us to continue. Our conference was meant to happen, and indeed it did!

The main objectives of our Battling BRCA conference were to reach out to BRCA carriers and their relatives, to inform and educate, to facilitate discussion and research, and to holistically address the current situation of genetic cancer in Iceland. In addition to Pink & Blue, we screened a new documentary by deCODE Genetics, a prominent Icelandic genetic research company that specializes in discovering genetic risk factors for common diseases.

Although we are, of course, not neutral, we do not hesitate to claim that Battling BRCA was a huge success. With 8 speakers, over 150 attendees, screening of two films, considerable news coverage and a lively panel discussion, the conference managed to attract attention to genetic cancer, and specifically, to BRCA. That created a momentum for our young organization, and the bond with other related native organizations, including FORCE, became stronger.

Our success was the result of hard and unselfish labor: we created our organization’s first web page to advertise the conference, managed to ensure media attention and enhanced our Facebook page, which previously was the only means of communication.

The conference, and the deCODE Genetics documentary, which was televised in Iceland, opened the dialogue on BRCA-related issues in Iceland and fueled an increasing demand for genetic information. BRCA Iceland has been responding to many inquiries regarding genetic counseling and testing, support and access to information. We thank our speakers, sponsors and everyone who helped to make our event a reality, helping to raise the Icelandic consciousness and curiosity about BRCA and genetic risk.

Anna plays a prominent role in BRCA Iceland and has worked as a Project Manager and Language Teacher. She has a Master’s Degree in Educational Theory and Curriculum Studies as well as in Cultural Studies, both from Aarhus University in Denmark. She can be reached via email at: [email protected]

Kristin plays a role in BRCA Iceland and has worked as the CFO of the Central Bank of Iceland. She has a Master’s in Applied Economics and Finance from Copenhagen’s Business School and a Masters in Accounting from Aalborg University. She can be reached via email at: [email protected]

Hereditary cancer is a global issue. We are excited to learn that our Joining FORCEs Conference catalyzed successful efforts in Iceland. This year our conference will be held October 18-20 in San Diego, as with prior years, we try to provide scholarships for hereditary cancer advocates from other countries to attend our conference. The application form for international scholarships is located here.

A recent XRAYS article, “The Right Not to Know” highlighted an unusual twist to the growing interest in Icelandic genetic testing. Because Iceland has extensive genealogical records that trace ancestry to a few common ancestors, deCODE Genetics was able to sequence the entire genome of 28,075 people—about 8.0% of the population— and to infer the mutation status of most of the country’s citizens.  In response, Iceland, like many European countries, has embraced the "right not to know" concept, which is embedded in the European Oviedo Convention (more formally the Convention for the Protection of Human Rights and Dignity of the Human Being with regard to the Application of Biology and Medicine: Convention on Human Rights and Biomedicine).