Study: High vitamin D levels at breast cancer diagnosis may be associated with a better prognosis

Vitamin D is most known for its role in maintaining bone health but vitamin D has additional roles in keeping us healthy. In this study, researchers found that breast cancer patients who had the highest amounts of vitamin D in their blood (slightly over the recommended levels) had better health outcomes, including overall survival, than women with lower amounts of vitamin D. This finding adds to the growing evidence for the role of vitamin D in cancer, but it does not change how breast cancer is prevented or treated. (1/10/17) 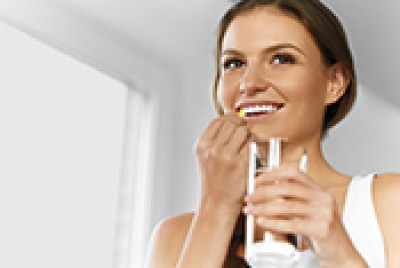 Whether women’s vitamin D blood levels at the time of diagnosis are related to their health outcomes.

Vitamin D is important for bone health and is also implicated in other bodily processes. Some research suggests that vitamin D is involved in breast cancer, but its role is not well understood. Researchers in this study wanted to know if there is a link between the level of vitamin D in a woman’s blood at the time of her breast cancer diagnosis and her prognosis (how well she does after the diagnosis), including measurements of breast cancer stage and survival.

This study suggests that women who have high vitamin D levels (slightly higher than the level recommended by the National Institute of Health) have better overall survival compared to women with lower levels. These findings agree with several other studies of vitamin D levels and breast cancer survival outcomes.  But much more work needs to be done before these findings can be applied to preventing breast cancer or recurrence. This study’s results do not mean that increasing vitamin D consumption after a breast cancer diagnosis will improve patient survival; it just means that patients who had better survival were seen to have higher vitamin D levels. The researchers do not know if better survival is directly related to vitamin D.

Ultimately, vitamin D is very important for all women. It helps calcium absorption in the gut, keeps bones strong, and also aids in some functions of immune function, cell growth, and reduction of inflammation. Vitamin D deficiencies result in diseases that cause weak bones and contribute to osteoporosis, so it is important to maintain adequate levels of vitamin D in our bodies whether or not it affects cancer risk or prognosis. Women concerned about their vitamin D levels should consult with their health care provider who can order blood tests to check their vitamin D levels and advise them if dietary changes or supplements are necessary.

The National Comprehensive Cancer Network (NCCN) has guidelines on survivorship that include the following recommendations on supplement use:

The American Institute for Cancer Research (AICR) is an organization that translates research on diet and cancer risk into practical information for the public. AICR recommends that people try to meet their nutritional needs through a healthy diet. They do not discourage people from taking a multivitamin supplement, but they warn people not to rely on supplements alone to protect from cancer.

The American Cancer Society recommends speaking with your oncologist before taking any supplements.

Song Yao and colleagues from the Department of Cancer Prevention and Control at the Rosewell Park Cancer Institute performed a prospective study (meaning they designed the study and collected the data themselves rather than looking back on information collected by others or relying on patients’ recollections). They looked at the association between blood vitamin D levels at the time of diagnosis and breast cancer prognosis.

Does a woman’s amount of vitamin D in her blood indicate how well she will do after a breast cancer diagnosis?

This study (called the Pathways Study) included 1,666 women who were diagnosed with invasive breast cancer. This population was established at Kaiser Permanente Northern California and was designed to specifically study factors that are associated with breast cancer recurrence and survival. The women’s vitamin D levels were measured shortly after diagnosis and were then followed for up to 96 months after they were enrolled in the study in which researchers tracked participants’ health outcomes.

Vitamin D has several forms in the blood. In this study, the researchers measured a form called 25-hydroxyvitamin D, which according to the National Institutes of Health (NIH) is the best indicator of a person’s overall vitamin D status.

The NIH states that a vitamin D level of 20 ng/mL or greater is considered adequate for bone and overall health. For this study, the researchers divided the women into three groups based on their  vitamin D blood levels:

It is important to understand that the link identified in this study between high vitamin D levels in the blood and better breast cancer survival after diagnosis does not necessarily mean that vitamin D directly caused the better prognosis or that having higher levels of vitamin D in the blood prevents breast cancer diagnosis or recurrence. Other factors that were not measured by the study may have played a role in the women’s improved survival.

Be Empowered Webinar: Nutrition and Supplements

US Food and Drug Administration (FDA): Updates on dietary supplements