This study found an association between prenatal exposure to the pesticide DDT, and an increased risk of women developing breast cancer. While this study does not prove that DDT exposure directly causes breast cancer, it serves as a reminder that pregnant women's exposure to toxic environmental agents can affect their children's risk for disease later in life. 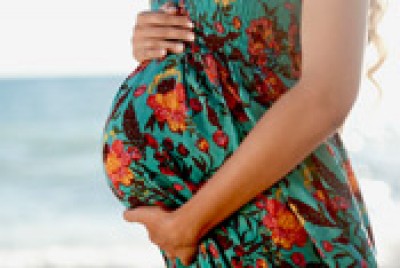 This article is most relevant for Women with prenatal exposure to DDT, women in countries where DDT is used

The relationship between pregnant women’s exposure to DDT, a widely-used pesticide in the U.S. during the 1960s, and breast cancer risk in their daughters.

Previous research found that females who were exposed to the manufactured estrogen DES while in the womb grew to become women with increased risk of breast cancer. No prior research was conducted to determine whether prenatal exposure to a similar molecule, DDT, also increases breast cancer risk. Although still used in Africa and Asia, DDT was widely used in the U.S. during the 1960s; many women who were exposed in the womb before the pesticide was banned in 1972 are now about the age of heightened breast cancer risk.

Women who had a high exposure to one form of DDT while in their mother’s womb had an almost 4 times the increased risk of developing breast cancer by age 52.

This study shows a link between high DDT exposure in the womb and a person’s risk of developing breast cancer by age 52. More research is needed to confirm this finding and understand how DDT might increase risk.  Women who know they were exposed to DDT while pregnant should talk to their children about a potential increased risk of breast cancer, to make sure their children stay up to date on breast cancer screenings.

Women with prenatal exposure to DDT, women in countries where DDT is used

Previous research found no link between midlife DDT exposure and breast cancer. However, a link may still exist—exposure to DDT might only be significant when exposed at a certain age or period in a person’s life. It’s important for scientists to study this association, because although banned in the United States, DDT is still widely used as a pesticide in Africa and Asia.  In the United States, many women who were exposed to DDT during its widespread use in the 1960s are alive today and could be at increased risk for breast cancer.

Whether a mother’s exposure to DDT affected breast cancer risk in their female children.

Women who had high prenatal exposure of DDT had:

The study had limitations. Because the entire study population was from Oakland, California, the results may not apply to people from other regions. Researchers cannot definitively conclude that prenatal exposure to DDT was the single factor that accounted for increased risk in the women with breast cancer, or if additional exposure after birth also affected breast cancer risk.  Nor could researchers conclude that DDT was the only agent that was present prenatally and resulted in increased cancer risk in these women—exposure to other environmental pathogens or pesticides may have also played a role.

Also, this study only noted whether women were diagnosed with breast cancer by age 52.  It did not mention at what ages the women developed cancer, so we do not know if early-onset cancer was involved. And this study only included women from the general population; it is not known how DDT affects people with mutations in or other genes that predispose people to develop breast cancer.

Because DDT is still used in the world in accordance with World Health Organization guidelines, its effect on people is important to study. This research does show a potential link between high exposure to DDT in mothers and increased breast cancer risk in daughters; however, more work is needed to confirm this finding in a larger, more diverse population, and to determine additional information, including how DDT increases cancer risk, and whether other pesticides have similar effects.

A FORCE advisory board member noted that knowing which women from the 1960s were exposed to DDT in the womb would be difficult if not impossible, so it would also be difficult to use these findings for the benefit of this group of women.