Article: Can your breast cancer come back?

Elaine Howley’s piece for US News & World Report, “Can My Breast Cancer Come Back?” examines a common misperception that many breast cancer patients have after completing treatment, and explains what can actually occur. (7/25/17) 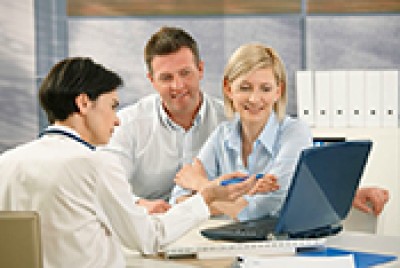 Are you cured after breast cancer treatment?

Women who have breast cancer usually complete one or more treatments, including surgery, radiation or chemotherapy. However, as Howley reports, some patients believe that “they’re done with treatment and can move on” or that "finishing chemo means they’re cured.”

Howley interviewed Dr. Melissa Pilewskie, a surgical breast oncologist at Memorial Sloan Kettering Cancer Center, who explained that treatment does not always end with completion of surgery, radiation or chemotherapy. For example, she said that after completing treatment, many women need to take medication for years to help prevent cancer cells from coming back. According to Dr. Maggie DiNome, an associate professor of surgery at the UCLA Breast Center Santa Monica, “Some women with hormone-positive breast cancer will be on drug therapy for upwards of five years.”

Even if a women is cancer free for decades, she still has a small but real risk of her cancer coming back. For most women with breast cancer, the risk of recurrence ranges from 3-10% percent during the first 5 years after diagnosis.  After 5 years, recurrence rates decrease somewhat and are more or less constant for the next 25 years.  Some breast cancer patients perceive their risk of recurrence is high; therefore, it is important that care providers help these patients better understand their risk.

However, both Drs. DiNome and Pilewskie noted that some women may feel uncomfortable once they complete treatment. Pilewskie explains, “During treatment, most patients feel empowered, that they’re doing something to deal with the disease. But, once that stops, there can be a fear of what happens next…It can be hard emotionally to get back to a healthy lifestyle from that standpoint, and I’ll often refer patients struggling with this for counseling and support groups.”

What’s the difference between recurrence, progression, and a second cancer?

The American Cancer Society states that, “If a cancer is found after treatment, and after a period of time when the cancer couldn’t be detected, it’s called a cancer recurrence.” Patients can experience

Howley writes that while there is no official length of time between a patient’s first breast cancer diagnosis and when it returns to qualify as a recurrence, most doctors consider recurrence to be cancer that reappears after you’ve had no signs of it for at least a year.

Progression refers to cancer that has not disappeared, but continues to grow in the body. Some examples of progression include a patient who is initially diagnosed with 2 breast cancer but during treatment the cancer grow and progresses to 3 breast cancer. Another example may be or a patient who is diagnosed with disease that does not respond to therapy and grows larger.

Sometimes with breast cancer, a new area of cancer can occur in the same or the other breast. When this happens, doctors will run tests to see whether it is recurrent (the original cancer came back) or an entirely new cancer (a second primary or new cancer developed).

Can you reduce your risk of recurrence?

Howley writes that the lifestyle choices breast cancer patients can make to reduce recurrence are essentially the same as those that initially reduce their risk of developing breast cancer: “Eating right, controlling stress, getting enough sleep, managing your weight, [and] participating in routine screening and exercising.”

Ultimately, while breast cancer can recur, patients should work with their health care providers to determine a schedule for surveillance after treatment and to discuss what they can do to reduce recurrence.