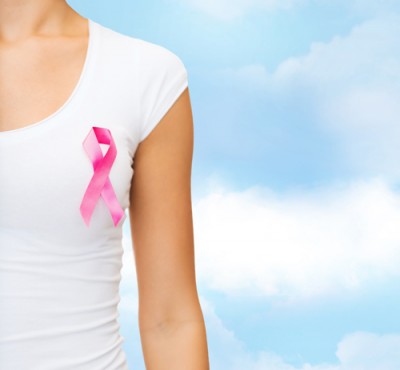 The researchers of this study developed a model that takes into account information updates about factors that increase breast cancer risk. This information can be used to predict which women have a slightly higher or slightly lower risk of breast cancer.  Some risk factors are known as “nonmodifiable,” meaning that their influence on breast cancer risk cannot be changed or is unlikely to be changed. Genetics, family history, and some components of menstrual and or reproductive history are examples of nonmodifiable risk factors. However, the researchers observed that if women with the greatest increase in risk from nonmodifiable factors had low body mass index (BMI), did not drink or smoke, or use hormone therapy, they could still, at age 80, have comparable breast cancer risk as women who did not have an increased risk due to nonmodifiable risk factors.

Some breast cancer risk-increasing factors can be changed—for example, a woman can choose not to smoke. Others are known as “nonmodifiable,” meaning that their ability to alter breast cancer risk cannot be changed or is unlikely to be changed. Genetic factors, such as an individual’s , are a good example of nonmodifiable risk. Researchers do not know how information about nonmodifiable risk factors, such as single nucleotide polymorphisms (SNPs), common changes found in the general population; family history; and some components of menstrual and or reproductive history can guide cancer prevention efforts with modifiable risk factors (such as drinking, smoking, and weight).

Paige Maas and her colleagues from the National Cancer Institute and other institutions published research in the journal JAMA Oncology describing their breast cancer risk model that incorporates both modifiable and nonmodifiable risk factors to predict a woman’s 80-year breast cancer risk.

Can risk factors such as and other lifestyle/environmental factors be incorporated into a breast cancer risk prediction model?

The researchers defined nonmodifiable risks as those that could not be changed or were unlikely to be changed in regard to their ability to alter breast cancer risk. However, some of the factors they considered nonmodifiable do have components that can be changed. For example, height, the age at onset of menstruation, and the age at onset of menopause are partially determined by body size, childhood diet, and exercise habits. Additionally, because the researchers did not evaluate all breast cancer risk factors—they did not collect data directly from these women—they were unable to ask about education level, breastfeeding, physical activity, breast conditions (mammographic density and benign breast disease), and hormone biomarkers (estradiol, testosterone, and prolactin).  Nor did they look at genetic mutations, such as mutations, that cause disease; they looked only at single nucleotide polymorphisms. And because not all the data was available from one single study, the researchers had to combine data from multiple studies, increasing the inconsistencies in the overall data used in this study. Finally, the researchers did not include data on women with many known mutations in cancer risk-increasing genes which, depending on the gene mutation, can increase cancer risk substantially.

This study suggests that maintaining healthy lifestyle choices regarding smoking, drinking, menopausal hormone therapy use, and BMI can help to prevent breast cancer, even in women whose high risk for breast cancer is due to genetics and family history. More work, including a large clinical trial, needs to be done to confirm these findings and to see if altering these lifestyle factors results in fewer breast cancer cases. Models need to be developed for races other than Caucasian. Future studies should also include other factors that increase breast cancer risk, including genetic mutations (while the highest lifetime risk in this study was 24%, the lifetime risk for a woman with a mutation is as high as 65%). Because of the multiple sources of data used by the researchers, William Dupont and colleagues wrote in an accompanying editorial, “Since [the model] cannot be calibrated, we would not recommend that it be used to counsel individual patients.” While the authors of the editorial praise the progress achieved of the research study, they state that it would be premature to use the model to support clinical decision making. Women should talk to their health care providers to identify lifestyle changes that they can incorporate into their lives to help lower their breast cancer risk. Adopting a healthy lifestyle is important for many aspects of health in addition to lowering cancer risk.

Here are the things women can do to avoid breast cancer

Even people with breast cancer risk genes can lower risk

These lifestyle choices lower your breast cancer risk, even if you’re genetically predisposed to it

28.9% of all breast cancers can be prevented by controlling 4 risk factors

TIME:  Here are the things women can do to avoid breast cancer
Rating: 3.5 Stars

Collective Evolution: These lifestyle choices lower your breast cancer risk, even if you’re genetically predisposed to it
Rating: 3.0 Stars

Pulse Headlines: 28.9% of all breast cancers can be prevented by controlling 4 risk factors
Rating: 1.5 Stars