Note: THIS INFORMATION HAS BEEN UPDATED on 11/07/19 with newly-published data. See our updated article: A new blood test may help predict early-stage breast cancer patients at highest risk for recurrence. 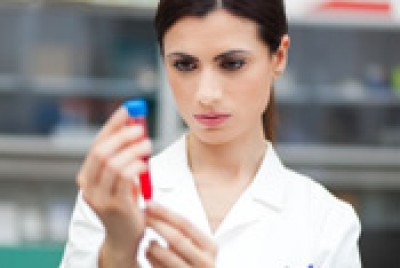 Note: THIS INFORMATION HAS BEEN UPDATED on 11/07/19 with newly-published data. See our updated article: A new blood test may help predict breast cancer patients at highest risk for recurrence.

Early research on a new blood test, sometimes called a , that may help identify patients who are at risk of breast cancer recurrence.

With an effective method of identifying patients who are at risk of recurrence, clinical trials of therapies aimed to prevent relapse could be targeted towards these patients.

This small study is still early in the development process.  While results are promising, more work is needed before this test can be used to identify patients who are at risk of recurrence.

About 95% of women diagnosed with breast cancer have breast cancer with no evidence of . However, some of these women have micrometastatic disease, a form of in which breast cancer cells have spread, but newly formed tumors are too small to be detected by current imaging and testing technologies. Treatment and surgery do not always eliminate these micrometastatic lesions, and currently, we are unable to determine which patients still have micrometastatic disease (also called minimal residual disease-MRD) and which do not. Circulating tumor () is released into the blood by dying tumor cells. are small pieces of tumor that characterize the genetic features of tumors in patients with advanced cancer. However, little data is available regarding detection of in breast cancers to predict if they are likely to recur.

Whether looking for circulating tumor () in the blood can identify patients with micrometastatic disease.

The study followed 55 breast cancer patients for about 2 years.

In this study, was found a median of 7.9 months before the patient’s recurrence was detected in a clinic, indicating that identification of circulating tumor () may be a potentially useful blood test to predict cancer relapse. The blood test could help physicians identify patients for clinical trials to prevent relapse, because would be identified several months before a relapse could be detected clinically. However, because of the limited sample size and specified treatments of the study population, it is unclear whether or not these results will apply to everyone with breast cancer.  But it is very promising, and more work should be done to pursue and other tests to detect cancer recurrence.

Breast cancer relapse could be predicted with new blood test