Treatment with veliparib may benefit women with advanced ovarian cancer. A recent clinical trial shows that this new PARP inhibitor may delay progression of cancer when combined with chemotherapy and when continued alone as a maintenance therapy. (8/18/20) 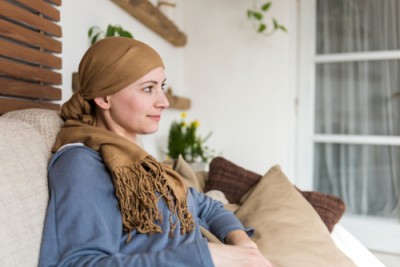 A promising treatment for ovarian cancer

Whether veliparib slows down progression of advanced ovarian cancer when used during chemotherapy and continued alone afterwards as a maintenance therapy.

To date, no PARP inhibitors have been approved to be used in combination with chemotherapy. This study is novel in that it was the first completed phase III trial that looked at combined use of a PARP inhibitor with primary chemotherapy. (Phase III trials are the last phase of drug testing that can determine if a drug will be approved.) This and other studies may lead to approval of PARP inhibitors as frontline therapies for some women with advanced ovarian cancer.

Compared with the chemotherapy alone group, participants in the veliparib group had a higher incidence of:

What is first-line treatment?

First-line treatment is the initial treatment given for a disease, such as cancer. Second-line treatments are used for cancers that return or do not respond to treatment.

Women whose cancer comes back receive second-line treatment, which may be a new course of chemotherapy or another type of treatment. Third-line treatment is recommended for cancers that return or do not respond to treatment.

What is maintenance therapy?

Maintenance therapy is given after chemotherapy to try to keep the cancer from returning. The goal is to extend the length of time before recurrence or to turn remission into a long-term cure.

If you have advanced ovarian cancer, you may want to ask your healthcare provider about PARP inhibitor options for your treatment. Because people with inherited mutations in BRCA respond better to PARP inhibitors in general, you may want to consider genetic testing if you have not already had it done. If you know that you have an inherited BRCA mutation or other cancer gene mutation, it is important to inform your healthcare provider, as it may change their treatment recommendations.

The National Comprehensive Cancer Network (NCCN) is a panel of experts that creates guidelines for cancer treatment. The following NCCN recommendations are for women with ovarian cancer who have had a complete or partial response to first-line therapy:

A promising treatment for ovarian cancer

Veliparib is an investigational drug that belongs to the drug class of PARP inhibitors that can be taken orally. In early-phase clinical trials, veliparib was shown to hinder tumor progression when administered alone or combined with initial treatment with chemotherapy in patients with advanced ovarian cancer (with or without BRCA mutations).

Whether veliparib is safe and effective in delaying cancer progression when administered with initial chemotherapy and continued as a maintenance monotherapy in women with newly diagnosed stage III and IV ovarian cancers (including fallopian and peritoneal cancers).

Blood samples were taken from all patients to test for an inherited BRCA mutation. In addition, a tumor sample from each participant was tested to see if it had an acquired BRCA mutation or a feature called homologous-recombinant deficiency (HRD-positive)—a deficiency characterized by the inability to repair breaks in DNA. A total of 298 patients (26 percent of participants) had an inherited mutation or tumor mutation in BRCA (identified as the BRCA group). The HRD-positive group consisted of 627 patients (55 percent of participants). The HRD-positive group included the patients whose tumors had a BRCA mutation and patients whose tumor had HRD.

Patients were randomized in a 1:1:1 ratio to one of the following treatment groups:

Each treatment group went through six cycles of chemotherapy (carboplatin and paclitaxel) followed by 30 cycles of maintenance therapy. All cycles throughout the study lasted 21 days each. During chemotherapy, veliparib or placebo was given as a tablet of 150 mgs twice daily, and from 300 to 400 milligrams twice daily during maintenance therapy. Carboplatin and paclitaxel (chemotherapy) were administered once every 21 days.

The primary endpoint was progression-free survival—the amount of time it takes for cancer to return or worsen after treatment.

Researchers reported that overall survival among patients could not be determined yet.

The most common side effects attributed by any treatment with veliparib included:

Limitations that were not mentioned by the researchers included:

This current study adds to previous trials with veliparib which showed the drug to be safe when used as a monotherapy or combined with chemotherapy in patients with advanced-stage ovarian cancer with or without a BRCA mutation.

Veliparib is currently in phase III trials as treatment for ovarian, breast and lung cancers. The FDA granted orphan drug status to veliparib for the treatment of advanced squamous non–small cell lung cancer.

A combined regimen of chemotherapy (carboplatin and paclitaxel) and veliparib, followed by veliparib maintenance therapy led to significantly longer progression-free survival than chemotherapy alone in patients with advanced ovarian cancer—regardless of HRD or BRCA mutation status. Patients with BRCA tumor mutations responded better than those without BRCA tumor mutations.

FORCE information portal: I have been diagnosed with ovarian cancer