Denise Grady’s New York Times piece presents the struggles faced by Eli Oberman, a male transgender patient who was diagnosed with breast cancer, including the difficulty of being the only male patient in gynecologist waiting rooms that are full of women. (12/21/16) 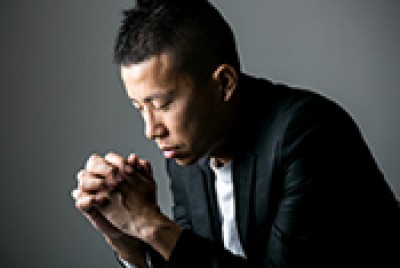 This article is most relevant for Transgender men with, or at high risk for breast cancer

In “Living as a Man, Fighting Breast Cancer: How Trans People Face Care Gaps” (published October 16, 2016 in the New York Times), Denise Grady tells the story of Eli Oberman, a transgender man who was diagnosed with breast cancer at age 27.

Oberman began to take male hormones at age 19 to change his gender from female to male, but he had not yet had surgery. He initially wanted “top surgery,” which is breast removal that leaves some breast tissue to give the chest a “male-looking contour,” but he did not have this surgery due to its cost.

In 2010, he discovered a lump in his breast, and after 6-8 months, a scan and biopsy showed an aggressive cancer.  His doctor recommended double mastectomy and chemotherapy.

“The cancer was a stark reminder that [Oberman] was still vulnerable to illnesses from his original anatomy—and that the medical world has blind spots in its understanding of how to take care of trans men and women,” Grady writes.

Oberman discusses some of the negative experiences he and his transgender friends have had, including an incident when Oberman had to take off his shirt during a medical appointment for his breast cancer. As this was before his mastectomy, the male technician attending to Oberman saw his breasts and said, “Why would you do this to yourself? It’s disgusting.” Oberman had previously gone to a clinic that specialized in LGBT patients; he was afraid to plunge into the world of mainstream medicine (although he comments that doctors typically treated him with respect).

But experts say that transgender patient treatment is improving. The article notes that hospitals and professional schools have begun to train their employees and students to better care for transgender patients, but notes that there are still struggles. However, this training does not fix the fact that men with breast cancer may be “the lone male patient in waiting rooms full of women…” Experts also observe that transgender individuals are more likely to avoid screenings and medical care for parts of their bodies from their assigned sex.

This fear of acceptance was why Oberman never joined a breast cancer support group. And his hesitancy to continue his care with mainstream medicine continued after his breast cancer. He was afraid of being treated badly in a gynecologist’s office, recalling his friends’ experiences with receptionists who assumed they shouldn’t be there because of their deep voices. He waited five years after his breast cancer surgery before deciding to have his first Pap smear (for cervical cancer screening) at age 32; guidelines from the Centers for Disease Control and Prevention () recommend women begin having Pap smears at 21.

Oberman and his friends are not alone. Dr. Asa Radix, his physician and the senior director of research and education at the Callen-Lorde Community Health Center in New York, which provides health care for LGBT patients, said that trans men usually avoid gynecologists. “Imagine, if you’re a masculine-looking trans man, and you’re going to the gynecologist…You go to the front desk, and you have to out yourself. Everyone can hear what’s going on. You just want to run out the door,” he said in the article. Additionally, some patients “may not want to think they have the anatomy they have,” he said.

Oberman also describes the effects of stopping his testosterone treatments (recommended by health care providers due to the possibility of the hormone interfering with healing after his mastectomy), as extremely hard for him emotionally: “I went insane. I wasn’t rational. I was lying on the floor, crying.”

Oberman mentioned that his mother and her mother both had breast cancer; while both diagnoses occurred after menopause, this information paired with his young age at his own diagnosis should have prompted genetic testing. Male transgender patients who have a family history of breast cancer or a mutation in a cancer risk-increasing gene, such as , are at even higher risk. Currently research on the effects of feminizing or masculinizing hormone treatment on cancer risk is limited, particularly for people affected by . This can make decision-making even more challenging for transgender people with mutations in or other genes that increase cancer risk. FORCE has received questions that highlight this and other gaps in research and services, such as:

Transgender men with, or at high risk for breast cancer

In June 2016, the University of California Center for Excellence in Transgender Health published the second edition of Guidelines for the Primary and Gender-Affirming Care of Transgender and Gender Nonbinary People, which include the following guidelines for cancer screening and treatment:

Both the New York Times article and the guidelines emphasize the need for health care providers to assure that the medical system is treating transgender patients with appropriate care.

The University of California Center for Excellence in Transgender Health published the second edition of Guidelines for the Primary and Gender-Affirming Care of Transgender and Gender Nonbinary People, which include the following recommendations for cancer screening and treatment:

The following studies are enrolling people from the LGBTQ+ community.

Visit our Featured Research Page and Research Search and Enroll Tool to find additional studies enrolling people with, or at high risk for cancer. Note: Most of these trials are geared towards cisgender people.

The following organizations offer peer support services for people from the LGBTQ+ community.

The following resources can help people from the LGBTQ+ community find compassionate care.

The following organizations have cancer-related resources for members of the LGBTQ+ community.