Study: Are mutations in BRIP1, BARD1, PALB2, and NBN associated with an increased risk for ovarian cancer?

Many women who have genetic testing for an inherited mutation find that they do not carry a mutation in BRCA1 or BRCA2 despite their personal and family history of breast and/or ovarian cancer. Panel tests look for mutations in other genes associated with increased cancer risk. However, the cancer risk for people with mutations in some of these other genes is not yet known. This study looks at whether mutations in four genes, BRIP1, BARD1, PALB2, and NBN, are associated with an increased risk for ovarian cancer. The researchers found that BRIP1 mutation carriers have about a 6% risk of developing ovarian cancer by age 80. (02/09/16) 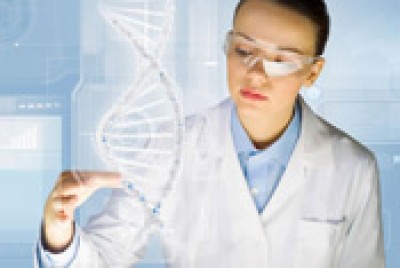 This article is most relevant for People with an inherited mutation in BRIP1, BARD1, PALB2, NBN

Women with defective gene 'at higher risk of developing disease'

Whether carriers of mutations in BRIP1, BARD1, PALB2, or NBN have an increased risk of ovarian cancer.

BRIP1, BARD1, PALB2, and NBN are genes found on many commonly used panels looking for gene mutations that increase risk of hereditary breast and ovarian cancer. However, the prevalence of these mutations (how common or rare these mutations are in the population) and the extent to which ovarian cancer risk is associated with mutations in these genes are not known.

What does this study mean for me?

Balmaña J and Domchek SM. “BRIP1 as an Ovarian Cancer Susceptibility Gene: Ready for the Clinic?” Journal of the National Cancer Institute, Published first on August 27, 2015.

People with an inherited mutation in BRIP1, BARD1, PALB2, NBN

Women with defective gene 'at higher risk of developing disease'

Previous studies have identified BRIP1, BARD1, PALB2, and NBN as genes in which mutation carriers potentially have an increased risk of developing ovarian cancer. Currently, mutations in PALB2 are associated with developing breast cancer (up to 58% for women) and it is believed that BRIP1, BARD1, and NBN also are associated with increased breast cancer risk. However, these studies were relatively small and did not include control patients, so further research is needed.

In August of 2015, Dr. Susan Ramus and colleagues from the University of Southern California Keck School of Medicine and other institutions published a study in the Journal of the National Cancer Institute (JNCI) that looked for mutations in the BRIP1, BARD1, PALB2, and NBN genes, comparing women with ovarian cancer who are at high risk of the disease due to family history or the presence of an inherited mutation against a control population at average risk for ovarian cancer.

Whether mutations in BRIP1, BARD1, PALB2, or NBN are associated with an increased risk of ovarian cancer.

This study looked at three groups of European women and compared them to each other in the results.

The study authors acknowledge that they may have missed mutations in some women because they were only able to read about 92-99% of each gene, meaning that they missed some parts of participants’ DNA. The authors also were not able to identify women who had more complex changes in their DNA, including large genomic deletions (in which large pieces of a gene or multiple genes are missing) and rearrangements (which occur in DNA that has been inappropriately rearranged).

This research identifies mutations in BRIP1 as a risk factor for ovarian cancer. According to the American Cancer Society, the average woman’s risk of ovarian cancer is less than 2%. The study estimates the risk for BRIP1 mutation carries to be about 6% by age 80, which is clinically significant but not as high as mutations in BRCA1 or BRCA2. As Drs. Judith Balmaña of the Vall d’Hebron Institute of Oncology and Susan Domchek of the Basser Center for BRCA say in the accompanying editorial, “As risks of developing BRIP1-associated ovarian cancer are moderate and developing breast cancer uncertain, the risk/benefit profile and timing of oophorectomy are different than for BRCA1/2 and we should not “default” to oophorectomy at age 40 years.”

It is important to keep in mind that BRIP1 and other genes that may increase ovarian cancer risk are still being studied to fully understand the risk that mutations in these genes may confer. This study did not identify PALB2 mutations as increasing ovarian cancer risk; however, a recent study published in JAMA Oncology on December 30, 2015 reached the opposite conclusion. The data from the JAMA Oncology paper indicates that PALB2 mutations (in addition to BRIP1 mutations) are associated with an increased risk of ovarian cancer, with an approximately 10% risk for PALB2 carriers. The JAMA Oncology study results conclude that “if a lifetime risk of 10-15% is confirmed for these genes, it would be reasonable to consider a risk-reducing oophorectomy by age 45 years.” Management guidelines have not been created because more studies are needed to confirm or dispute these findings.