Multigene panel testing can look for mutations in many genes associated with increased cancer risk all in the same test. Some panels include genes associated with increased risk of multiple cancers, including breast, ovarian, colon, and gastric cancers. This study showed that results from multigene panel testing may change medical options for patients who test positive for a mutation linked to increased cancer risk. (9/22/15) 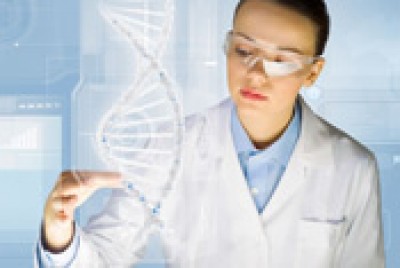 This was a strong research study. It had the appropriate research design and study analysis.

Whether or not mutations in cancer risk genes that are found through multigene panel testing might change cancer risk management decisions of people who have a personal and/or family history consistent with hereditary breast and ovarian cancer (HBOC) but do not have mutations in BRCA1/2.

Multigene panels can identify up to 50% more patients with mutations in cancer risk genes than testing for BRCA1/2 alone, but will identifying these mutations change care for these patients? Some tests search for low-to-moderate risk genes for which management guidelines are not well established; others test for well-known hereditary cancer syndromes that might require additional screening or risk-reducing surgery, meaning that these findings have clinical utility (or clinical actionability), as physicians use this information to manage cancer risk.

This study demonstrates that multigene panel tests can find mutations in genes that increase cancer risk, and that these results can change health care providers’ recommendations for cancer risk management. If you are considering BRCA testing, or you have tested negative for a BRCA mutation in the past, you should discuss with your health care provider whether multigene panel testing is appropriate for you. If this testing is appropriate, it is also important to consult with a genetics expert who can help you understand what different results will mean for you and how they will affect your family.

Guidelines are well established for the care of patients with mutations in BRCA1/2 or other genes associated with known hereditary cancer syndromes. However, national patient care guidelines do not exist for many of the low-to-moderate risk cancer genes that may be detected on multigene panel tests (tests that allow healthcare providers to simultaneously search for numerous cancer risk increasing genes).  Mutations in low-to-moderate risk cancer genes increase a person’s risk of cancer, but the risk is lower than risk from mutations in genes associated with known cancer syndromes such as BRCA, PTEN, TP53, CDH1, and genes that are associated with Lynch syndrome.  In the absence of a known mutation associated with increased cancer risk, health care providers typically base screening and prevention recommendations on an individual’s personal and/or family history of cancer.  Just how often these mutigene panel tests yield mutation findings that will change patient care is unknown.

Whether mutations in cancer risk genes identified in patients through multigene panels will change a patient’s recommended care.

The 1,046 women involved met national guidelines for hereditary breast and ovarian cancer (HBOC) evaluation through genetic counseling and/or testing based on their personal and/or family history of cancer. Patients with known BRCA1/2 mutations were excluded. For some of the analysis, 23 participants with similar personal and/or family histories who were already known to carry non-BRCA1/2 mutations were included.  Patients were tested using a multigene panel that included either 25 or 29 genes associated with increased cancer risk.

One limitation of the study is that the author-defined clinical utility will change as more research is conducted on genes that are associated with moderate cancer risk. As more information about different gene mutations comes to light, established national guidelines can be created to better care for patients carrying those mutations. For example, the American Society of Clinical Oncology (ASCO) has recently issued a new policy statement for oncologists on how they should use multigene risk panels. Dr. Noralane Lindor, an author on the newly issued guidelines has said,  "There are some genes on these panels that we know almost nothing about." But, these guidelines have more information than previous guidelines and health care providers and researchers will have even more information for future guidelines.  ASCO recommendations include assuring multigene panel tests are ordered by a provider with expertise in cancer risk assessment.  FORCE supports the position that anyone considering genetic testing speak with a genetics expert before and after testing.

Multigene panel testing for HBOC risk assessment identifies patients with mutations that will change health care provider recommendations for their medical care. This is relevant to people who test negative for a BRCA1/2 mutation but discover they carry other mutations that put them at increased cancer risk. In some cases, mutations are found in genes associated with known hereditary cancer syndromes, such as Lynch syndrome, that have well-defined national guidelines outlining care. In other cases, mutations in some genes included in panel tests do not yet have established guidelines, but as more people with these mutations are identified, we will have additional opportunities to study outcomes.  This information can aid in developing guidelines for people with those mutations.

Be Empowered Webinar: The promise and peril of panel genetic testing for inherited cancer susceptibility