Study: Genetic testing for cancer risk: How many genes to sequence?

The past four years has seen a revolution in genetic testing for increased cancer risk. As the cost of genetic testing falls, patients can choose to have a single gene or a dozen or more sequenced. But many questions remain: Which genes should you search? How many should be sequenced? What tests are appropriate for which patients? A recent study that looked at sequencing 180 different genes found that increasing the number of genes sequenced beyond those known to elevate breast and ovarian cancer risk increases the number of uncertain results and does little to change clinical management. (06/14/16) 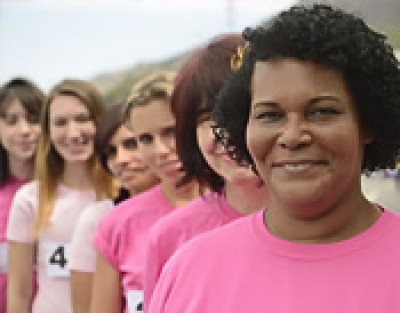 Bionews: No benefit from expanding cancer-risk gene test beyond the essentials
Rating: 3.5. Stars

Quartz:  Genetic testing is terrifying when you have cancer
Rating: 1.5 Stars

The same press release was also covered by Science Daily and Medical Xpress.

No benefit from expanding cancer-risk gene test beyond the essentials

Whether increasing the number of genes examined for mutations beyond those that increase breast/ovarian cancer risk is useful for healthcare providers and their ovarian/breast cancer patients.

If you are interested in genetic testing to learn if there is an inherited genetic mutation causing the breast/ovarian cancer in your family, this study indicates that panel testing provides useful information. However, looking beyond the 20-30 known breast/ovarian cancer genes brings more confusion than clinical utility.

The same press release was also covered by Science Daily and Medical Xpress.

No benefit from expanding cancer-risk gene test beyond the essentials

Genetic testing is terrifying when you have cancer

A lot of information is known about how to care for BRCA mutation carriers. This wasn’t the case a little over a decade ago when BRCA was first discovered to play a role in cancer risk. However, BRCA is only responsible for up to half of hereditary breast cancers; researchers and health care providers are working to find and learn more about other genes that are involved. Because of so many advances in genetic testing, healthcare providers can now easily look for mutations in genes other than BRCA1 and BRCA2.

Up to 110 genes associated with cancer risk can now be tested for a mutation! Some health care providers are beginning to use a technique called “exome sequencing” in the clinic, which looks at all of a patient’s genes, not only those that are known to increase cancer risk. We know how to interpret changes in BRCA genes, but additional sequencing increases the chance that changes in genes that are not yet understood will be found. Instead of getting a clear “disease causing” or “not disease causing” result, patients can learn that they have a change in one or more genes that is classified as a “variant of unknown significance (VUS).” A gene change is classified as a VUS when it is unknown whether that change is disease causing or not. Since there is uncertainty around VUSs, receiving this type of result can be extremely confusing for patients and their health care providers.

Kara N. Maxwell and her colleagues from the Perelman School of Medicine at the University of Pennsylvania and other institutions published research in the May 2016 issue of American Journal of Human Genetics. Their study evaluates the efficiency of the American College of Medical Genetics (ACMG) variant classification system, and looks at how helpful it is to test for mutations in genes beyond known breast/ovarian cancer risk-increasing genes in individuals with a personal or family history of breast/ovarian cancer. Maxwell’s paper explores the issue of "classification"—variants need to be classified and agreed upon, so that all clinical laboratories consistently categorize individual variants in the same way when identifying those that do or do not cause disease (variants that do not cause disease are often called “benign” variants). Unfortunately, this is not always the case, and inconsistent classification of variants now exist between different clinical laboratories. This inconsistency was motivation for the ACMG to publish guidelines for variant classification, in an effort to provide a standard framework for variant classification. Because these guidelines are relatively new (published in 2015), researchers and healthcare providers do not know if they are efficient.

This study population included 404 individuals (from 253 families) who

The exomes of these individuals (where the researchers specifically looked at 180 genes and not only those genes associated with increased risk of disease or cancer) were sequenced. Variants were classified as “pathogenic” (disease causing), “benign” (not disease causing), or VUS (variant of unknown significance), and then compared to classifications found in other databases, such as Clinvar. This type of validation is critical for assuring that patients get the best information on whether or not their mutation is associated with increased risk of cancer.

This is a relatively small study population. Study authors say that research using more people that will find more variants and include more than 180 genes is needed to confirm their results. Additionally, the researchers classified variants in genes where the majority are well characterized. The American College of Medical Genetics (ACMG) system of classification may not work as well in other situations, such as when less is known about the genes and variants associated with the disease.

FORCE Information:  Should I Get Genetic Testing?

XRAYS: What are the genetics underlying 12 different cancer types?

Be Empowered Webinar: The promise and peril of panel genetic testing for inherited cancer risk